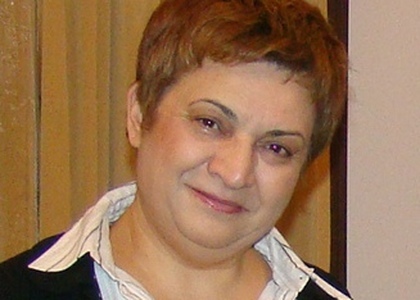 The first recital of the Tuesday Evening Season

Thursday, 14 January 2016 , ora 13.14
Spinet and organ duo - this is what the first recital of 2016 offers on the Tuesday Evening Season at the Romanian Athenaeum. Fernanda Romila and Dan Racoveanu will be on stage, with a program comprised of works by Johann Sebastian Bach, Carl Philipp Emanuel Bach, Johann Christian Bach, and others. Cristina Sârbu, musicologist and organizer of the event, discusses the recital with us, and also the entire program of the Tuesday Evening Season of 2016.

The Tuesday Evening Season is a series that generally presents us the young generation of musicians. That is not the case for the first recital of 2016. Who will be performing tomorrow night on the stage of the Small Hall of the
Romanian Athenaeum, and what is the program for this event?

You are correct, the two protagonists are no longer part of the young generation, but one other feature of the Tuesday Evening Season is also that of presenting the chamber music loving public with such works, performed by renowned artists, who stand beside those that are only just beginning. And since we are are discussing the concert on January, 12th, there will be a duo - organ and harpsichord - Fernanda Romila and Dan Racoveanu. Indeed, organ in the Small Hall... there will be something rather interesting, with electronic influences. The program consists of works by Johann Sebastian Bach, Carl Philipp Emanuel Bach, Johann Christian Bach and many others of the same period; old music with new sonorities. It will still be called organ and harpischord, but there will also be something else. What will it be? You can find out on Tuesday, January, 12th, at 19.00.

Who are the artists that wil perform in the following months during the Tuesday Evening Season?

Starting with the month of January... We go back to the young generation, on January, 19th: Adrian Precup - cello, Radu Croitoru - cello, Iulian Ochescu - piano - three young artists on the rise, with a very challenging program: Grieg's Sonata for Cello and Piano in D minor, Sonata for Cello and Piano in D minor by Shostakovich and a sonata for two cellos by Boccherini. This Tuesday Evening Season will aslo bring before the public instrumentists from the George Enescu Philharmonic, who are part of the young generation. On January, 26th, flute player Ioana Bălaşa of the George Enescu Philharmonic Orchestra, accompanied at the piano by Verona Maier will aslo take on a challenging program: Carl Reinecke - Sonata "Undine" for flute and piano and Serghei Prokofiev - Sonata for flute and piano, op. 94.

The artists who are studying at Vienna usually come to perform in February - during the holiday - and we will have another opportunity to see the pianist Daniel Dascălu and the cellist Ştefan Cazacu on stage. In March we will have artists from Cologne - Sânziana Mircea, already a household name, who likes to comes and perform every Tuesday Evening Season - and, once again, Aron Cavasi and Adela Liculescu from Vienna. Also in March, Daria Tudor will be coming, from Berlin this time. In April, Daria Varlamova is coming from Essen, and Mălina Ciobanu, from Iaşi. In May there won't be any performers from abroad, however, in June a young Italian cellist will be performing - Rafaela Cardalopoli - and, I am not yet certain, but I hope Cristian Sandrin will be able to come from London to perform in the final concert of the season, as he has done many times in the past.

As you can see, the program is very appealing, but the list of performers for this Tuesday Evening Season is even more so. I should mention that we have our own special customs; it is not the artists who request a recital, rather we, the organizers of the event, invite those whom we consider to be deserving of the stage of the Tuesday Evening Season, which has gained an elite status in its seven years of existence.

Therefore, I extend this invitation for all chamber music lovers, and all music lovers who are interested in the younger generation, or that of the exceptional performers of the Romanian school of music, to add to their calendars the recitals for every Tuesday night at the Small Hall of the Romanian Athenaeum.