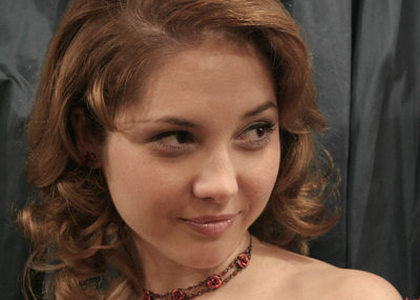 The Most Expected Debut

Wednesday, 27 January 2016 , ora 8.47
After almost two weeks of holiday, a totally atypical occurrence for any lyric theatre or orchestra in the country (and not only), the Romanian National Opera, Bucharest has resumed its activity, and at the same time it has come back to its old customs: to present the same work, two nights consecutively, mostly with a different cast, without the initial system to constantly meet the other one, but just selectively, while the way in which the doublets were picked and the criteria of those who were in charge of the season is still abstruse for many.

It's certain that the rerun of La Traviata, after the months in which the production was lent in Philadelphia, of course, with the help of the director Paul Curran, two successive shows were made, an occurrence which could explain why the hall was not full, though the score is one of the most cherished and awaited by music fans. The second performance marked the debut on the stage of RNOB of soprano Diana Ţugui, a soprano unanimously appreciated in the country, who has finally appeared in Bucharest, convincing the audience that her beautiful voice, faultlessly brushed up, as well as her special expressiveness introduces herself in our list of best female performers. Even from entering the stage, she has won the audience with her elegant and supple presence, with the airiness of her movements, vocally building a credible, natural personage, a personage without anything artificial or melodramatic, profoundly human and true in reactions, feelings, disquiets and emotions. Her secure and warmth singing, with an equality of registers and a brilliant high-pitch (the small imperfections from the first act were almost unnoticed), with a rich and adequate colourful palette for each moment; the meaning given to each line, the alternation of the interior pages with the never exaggerated outbreaks, everything was maintained until the end at a remarkable level, permanently supported by implication and emotional intensity loaded and lead with intelligence. And the relationship with the partners was built up fluently and logically, of course, keeping in mind the director's sometimes weird requests, bringing warmth in the dialogues with Alfredo, impressiveness and equilibrium in the parts with Germont, well integrating in the complicated play from the first and third act, thus one could applaud a good performance from all points of view, a debut one has waited for a long time. And behold, also during that night Diana Ţugui, the soloist of the Romanian National Opera, Cluj has confirmed her special quality, rewarded as a matter of fact, in the autumn of 2015 with the Best Soloist of the Past Season during the Gala of National Operas in Iaşi. I hope that her invitation to RNOB is to become the beginning of a constant collaboration, because she deserves it.

In the other roles one could have seen again the soloists of RNOB, as one had known from the previous shows with Verdi's works, the tenor Lucian Corchiş, being a childish Alfredo, singing correctly, but without consistency, the baritone Iordache Basalic who shows his (once) generous voice, now mostly precautious as a Germont with a varied attitude and expression, mezzo-soprano Sidonia Nica - a coquette Flora, well impersonated only from a scenic point of view, the tenor Andrei Lazăr, who had during the short interventions of Gastone a warm and much more present voice than that of Alfredo (an aspect remarked from the initial performance), soprano Cristina Eremia has done Annina's role neatly, but maybe she will learn to step in such a way that her heels won't make noise on the floor, even during the arias of other performers; their colleagues have completed a numerous cast following a scrupulous and dull performance. The choir was good and acted again, according to the director's vision, who made the members of the choir move with lustful gestures and expressions or who even made the young boys undress while the girls stay on top of them, taking care of not surpassing the limits of decency, the orchestra has performed correctly, but without highlight, under the baton of Vlad Conta, who has led with free gestures, avoiding the deviations. And yet, the vivaciousness, glamour and nerve were absent, while the routine dominated the performance (I do not want to call it boredom), the only one who has disconnected herself from this platitude was Diana Ţugui, not because she was for the first time on the stage of RNOB, but especially because, every time she was vocally and scenic on the spot, minutely following the outline of the character; because she is a true performer, committed to her art - like she was in important theatres in the country in the role of Gilda and Lucia and Norina and Mimi or Musetta, and of course, Violetta Valéry. Too bad she was part of a pretty obedient team, too bad the audience was unbelievably indifferent, with weak applauses surfacing from time to time, barely rewarding to the end of the performance with more highlighted reactions the effort of those who had tried to offer an attractive show.

I hope that the next performances with La Traviata, on the 29th - 30th January, with the same system, the audience will react differently, especially since they are the last programmes of the opera in the present season - why only four nights with a popular work of the lyrical genre, all crowded in just a month is a(n) (another) mystery…And maybe during the last performance, in the hall there will be present musical chroniclers and the music fans, the ones who have set themselves apart with their absence, even though this excellent debut was worth the presence.