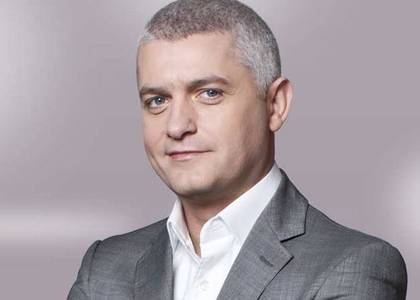 Thursday, 3 March 2016 , ora 9.38
On Thursday, the third of March 2016, Virgil Ianţu and the Big Band Radio, conducted by Ionel Tudor invite you to Sala Radio for a special concert, named "The woman... Yesterday and today". The audience will listen a list of known Romanian songs, such as "Dorul/ The longing" by Aurelian Andreescu, "Nu m-am gândit la despărţire/ I didn't consider breaking up" by Dan Spătaru, "Ce bine că eşti/ Thankful for your existence" by Nicu Alifantis, a journey into the past, to songs which changed many generations, or hits from these last years, such as "Vreau o minune/ I want a miracle" by Holograf, "Mi-e dor de tine/ I miss you" by Mălina Olinescu, "Dacă-ai şti/ If you knew" by Direcţia 5 sau "Găseşte-mi loc" by Ștefan Bănică Jr. About his presence on the "Mihail Jora" studio's stage, Virgil Ianţu said:

You will have a concert this evening with the Big Band Radio. What will those from the audience listen?

I'm very honored to sing in Sala Radio, along the Big Band Radio which only has excelent musicians. I think I know almost all of them. They are musicians who make it all OK if they are with you, even if you are nor very good.

Why this title- The woman...yesterday and today?

Because music, if you ask me, is destined to the man for the women or just the woman, and being this time of year when the woman is overfilled with flowers and compliments-even if, from my point of view, this should happen every day...I considered that title is suited. The album's title is "Yesterday and today", and I think it's the right title for the time of year when we are having the concert. And the woman is someone we can't live without and that we must love.

It was a long way if we are talking about Virgil Ianţu and music- Madrigal, collaborations with Ştefan Bănică and the folk musicians and now with the Big Band Radio. How did you get here?

Just like that. It was a moment of inspiration, from my point of view, when I found my spot...I was often asked why I don't start a band, why I don't want to be a solist. To sing what? You see me singing songs for radio, composed like this...or fast...some are nice, but not for my taste...And I came with the idea of reorchestrating Romanian songs which you'll listen today- known Romanian songs, with a swing twist. I liked the idea and, after I've colaborated to the reorchestrating with mr. George Natsis who did a great job and, later on, with Sebastian Burneci who also did a fantastic job, I found myself a sort of a spot where I felt very confortable and I liked what I hear and what I do. And then the concerts started...in the entire country and in Bucharest, too. I was thinking about doing this a long time ago, I said its time will come and it finally came, with a collaboration with the Big Band Radio. It seemed too much of a dare of myself, because their level is really high, professionally speaking, and I'm so happy that today we'll be one with the audience and we'll have nice moments and we'll sing together. You'll see, it will be a really nice atmosphere!