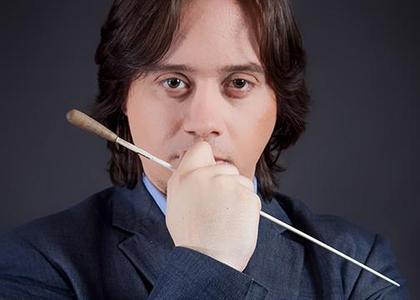 The concert held this Friday, the 25th of March 2016, by the National Orchestra „Radio” which is sponsored by the European Union of Radio And Television and it will be aired live on several associated public channels. The event is named 'EBU Youth Concert' and its protagonists are the cellist Rennosuke Fukuda who has won first place at the 'Yehudi Menuhin' Contest, and the cellist Fermin Villanueva, prizeman at the Concurso Permanente de Jóvenes Intérpretes. The show, lead by the conducter Gabriel Bebeşelea, will include Concert no. 2, op. 22 in D minor for violin and orchestra by Henryk Wieniawski, Concert in D minor for cello and orchestra by Edouard Lalo and Simphony no. 8 in B minor- „Unfinished” by Franz Schubert.

It is extremely important to promote young talents and not just the youth, in general. That’s why this concert is so important, because only this way we’ll have a future, only this way we continue to cultivate classical music and the people’s taste for such thing. And we are not only training young musicians this way, but we are also training the public for the future. Therefore classical music can continue to exist.

The two solists from this evening... How do you caracterise them, considering the musical choises?

The first solist- the cellist Rennosuke Fukuda- is a Japanesse who is extremely perfectionist, extremely talented and very agile. The Wieniawski concert fits him like a glove, because it is known the fact that he has been one of the most zealous people of the 19th century; not just extremely romantic, but also very agile and very passionate, as the Japanesse also said when we first rehearsed the concert.

The second solist- the cellist Fermin Villanueva- is Spanish, and has quite a rational approach to his art, a fact which comes somewhat as a surprise. He studies in Germany and you can fell it. He builds his every moment, but in a very natural way. Him, too, the Concert by Lalo fits perfectly, because Lalo has written a lot of music with Spanish wibes. The public will also hear in this concert a lot of folklore in a Spanish way in the concert for cello.

It doesn’t matter, I like to learn from solists each time. May them be younger than me or older then me, every time I learn things and every time I’m facing new challenges. And this is very important for me- to have new challenges so I can go further. I consider that young people, in general, bring an extra energy, they compensate the lack of experience with a lot of energy. Or those who have more experience don’t have so much energy or maybe they know how to channel it, where to put more effort and where to hit the breaks a bit. In youth, this energy is often exagerated, but it forces the orchestras to be more consistent.

The choice of the last work was yours. Why this symphony?

Because it seemed rather suited to finish with an extremely delicate and loving Schubert. These are two works of dexterity, the audience will be extremely careful at what the two solists will do and I wanted to finish in a delicate and mellow way. And the Schubert’s „Unfinished” is one of the most expressive works ever composed. For me, this symphony is very important, because you can see a sample of what will be next, of the composers who will come. Exactly around this I’ve built, because Schubert, after he has composed „Unfinished”, studied with the one who was the soon-to-be Bruckner’s teacher after a while and this pre-brucknerianism is present; you can also feel it in the next Mahler...you can hear a lot of composers in this symphony.

I invite people to become no just listeners of radio, but also participants in the concert hall because it is a special concert, with two extremely talented young man and with a symphony which is really significant in the music history.