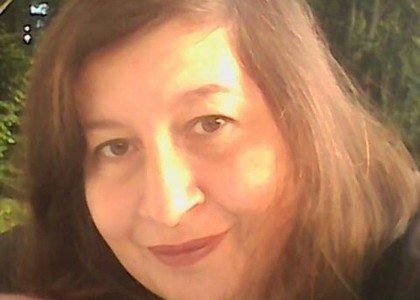 The dispute concerning the restitution of the Memorial Museum ‚Octavian Goga’ has ended.

Tuesday, 5 April 2016 , ora 12.29
By the end of las year, the final solution for the restitution of the Memorial Museum "Octavian Goga" was passed, it is situated in the locality Ciucea, the Cluj county. The castle is famous, among other things, also for the fact that is housing one of the pianos Dinu Lupatti used to play. More details about the actual situation of the museum and the program, in which it follows the reconfirmation of it as a tourist attraction that is great for the Romanian culture, we will learnfrom the General Director of the Institution, Ioana Lidia Ilea.

Not long ago, on the 22nd of October 2015, the High Court of Cassation and Justice passed the final solution regarding the restitution of the castle from Ciucea. The dispute was triggered by the successors of the fraternal line of Veturia Goga and was developed over a period of not less than 10 years. What was the outcome of the process and in what manner would it reflect upon the present and future situation of the museum?

The museum was only the subject of the lawsuit. However, the solution of the High Court of Cassation and Justice, which upheld the Court of Appeal, sounds like in the following manner: the act of donation gets cancelled but Goga's testament is maintained, which in the act of donation, largely, has the same content. So, all the property from Ciucea, in my opinion, interpreting this solution, it would remain to the state.

What events will the museum host in the future and what is the strategy by which you propose to restore the flow of tourists that was before this period of uncertainty?

We prepared a series of events that we hope to attract a number of visitors. For the time being there is an exhibition of paintings, landscapes of Goga's collections; on May 16th, will take placethe "Night of Museums", and the Memorial Museum "Octavia Goga" will be a part of this intenational event . For "Night of Museums" we are preparing a series of exhibitions. During the summer there will be an exhibition, "Veturia and Octavian Goga", an exhibition of memoirs, especially an exhibition of photographs and documents. Then, in September of December, we will hold a poetry and song recital , the lyrics being from the lyricism Octavian Goga - My longings, framed in the museum education program. In October, the National Poetry Festival "Octavian Goga Days" will take place.

To talk about the heritage of the Octavian Goga Museum, remembering the Bechstein piano, known as one of the instruments Dinu Lupatti played. What is known about the connections that the great pianist had with the Goga family and implicitly with its residence, the now Goga museum ?

Dinu Lupatti was a friend of the Goga's and he was invited at the castle, were he performed at this piano. It is one of the early twentieth century Bechstein piano .

It is planned in the more or less close future, an event that puts this piano in value ?

Last but not least, tell us about Veturia Goga who, though perhaps for many is known only as the wife of the poet and politician, Octavian Goga, was itself a renown soprano, famous mostly for appearances on the stage of the Festival held in Bayreuth . Are there testimonials related to the musical career of Veturia Goga, among the objects the museum in Ciucea houses?

There are a few things that could make a connection with Veturia's Goga musical career. For example, I remember about a graphic work, a caricature depicting Veturia Goga in a Wagnerian opera.