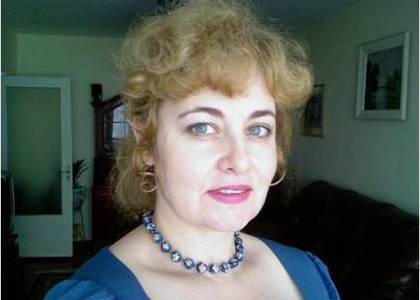 Interview with Monica Buhai, the inspector for Arts curricular area at the School Inspectorate of Tulcea city

Thursday, 19 May 2016 , ora 11.42
During 19th -22nd of May, the city of Tulcea is the host for the George Georgescu National Contest of Interpreting arrived at the 24th edition this year. Over 200 students from the main Arts profile secondary school from the country have registered at the contest. The members of the jury will designate the finalists that evolve at a gala on Sunday, 22nd of May and will take place at 9 a.m. at the Children Palace in Tulcea. At this year edition, the cellist Marin Cazacu will be the President of the Jury and theGeorge Georgescu trophy will be given by Ioana Georgescu Raileanu, the daughter of the well-known conductor.

More details about this edition I found out from Mrs Monica Buhai - the Inspector for Arts curricular area at the School Inspectorate of Tulcea city:

Our contest is a desire that 24 years ago we tried to transform into reality with a lot of shyness. It was an affirmation framework for the young talents that were playing instruments at that time and then we add the vocal music section. It was a contest between our students and those of the other cities. Step by step we grew and today, the contest is one of the activities that we are proud of. For example, this year we have 298 students for the individual section and 8 bands for the chamber music. We think about it as an approach for the children to this kind of music in such a way that they manage to love it and be more beautiful and kind. The contest have piano, violin, strings, fiddle, cello, guitar, wind instruments, canto, folk instruments, pan-pipe and dulcimer and chamber music. All these instruments will compete for two days, on Friday and on Saturday, at the centre of the secondary school, at the Children Palace and at the Jean Bart Theatre. The jury of every section will designate the representatives for the gala. The gala will take place on Sunday. In that day about ten children will play and among them one will be chosen for the grand prize. In the opening we will have the concert of the last year winner. Every year we also have a tribute moment for George Georgescu. We are proud that he was born in Sulina city and we want that his personality to be known by the children and to represent a model for them.