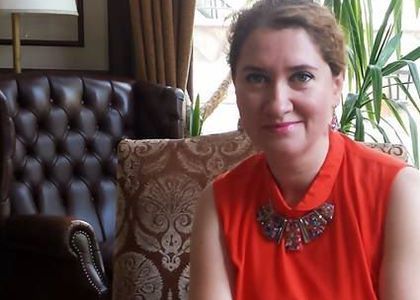 The 'VOXearlyMUS' Project Starts at the National University of Music Bucharest - Interview with Angela Șindeli, the project coordinator

The "Getting into the spirit" programme - this being the work of several Euroepan musical institutions - within the "VOXearlyMUS" project will take place at the National University of Music Bucharest between 22nd June - 1st July, 2016. Soprano Angela Șindeli gave us an inetrview containing the details of the events.

Starting today, 23rd June 2016, and until 30th June, the "VOXearlyMUS" international project takes place at the National University of Music Bucharest. I would like you to tell us how this project was born and what its aims are.

The Erasmus+ - "VOXearlyMUS" strategic partnership project is financed with European funding from the National Agency for Community Programmes in Education and Professional Development coordonated by the National University of Music Bucharest. We initiated it, as coordinators, but based both on a strong partnership within the Erasmus programme, and the traditions, so to call it, of the partner universities, that I will tell you about shortly. The aim of this project is to initiate the training of small vocal ensembles specialised in old music. We would also like to organise internationally renowned Master Courses in old music, which is a popular specialisation today that will offer diversity to the students, trainers and specialists.

Famous personalities specilised in teaching old music, will be in Bucharest this week. They will run workshops and conferences. Shares with us some of the names printed on the playbill, and who come both from Romania and abroad.

I would obviously like to mention our partners, as well. Our first partner is Den Haag Royal Conservatoire and Professor Isaac Alonso de Molina will do us the honour of joining the project. Chariklia Apostolu and Alexander Mayr will come from the "Joseph Haydn Konservatorium" in Eisenstadt; Sergio Foresti and Roberto Gini will join us from "L'Arrigo Boito" Conservatorio di Musica. Lia Serafini and Bettina Hoffman will come from "L'Arrigo Pedrollo" Conservatorio di Musica in Vicenza. And last but not least, Giovanni Togni from la Fondazione Italiana per la Musica Antica. Romanian professors Mariana Colpoș, Nicolae Gheorghiță and your host will share their experience.

Finally, what are this week's main events and, naturally, what is the target audience?

The "Getting into the spirit" intensive programme, the initial one included in this project, will contain both artistic activities and pedagogical ones, such as, conferences, masterclasses and workshops, gathered to represent this mark of old music. As to the artistic events, I would like to mention hte four of them that will be organised as follows: the opening concert in the "George Enescu" Hall of the National University of Music Bucharest on 23rd June, at 18:00; the second one at the St. Joseph Cathedral on 26th June, at 19:30; on 29th June, our partner, the "Tinerimea Română" National Art Centre will provide their concert hall to us again at 19:00, while theclosing concert will be held in the "George Enescu" Hall on 30th June, at 17:30. The official opening and closing events of the series will be in the concert hall of the National University of Music Bucharest. I would like to add that the public is invited to attend the artistic events; the entrance is free, so we would like to invite everyone to join us.