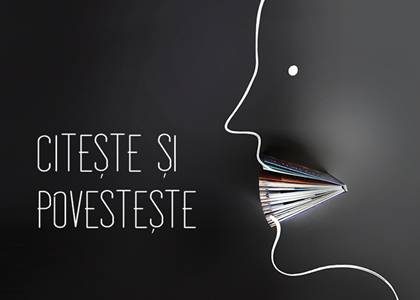 Wednesday, 12 November 2014 , ora 12.07
The Gaudeamus International Book & Education Fair 2014 will take place between 19th - 23rd November, in the Central Pavilion ( A) of the Romexpo Exhibition Centre. The event, having reached its twenty-first edition, is initiated and organized by Radio Romania, through the Radio Romania Media Cultural Centre.

The official opening of the edition will take place on Wednesday, 19th November, at 12:00.

The public's access on the Fair's premises will be made on the basis of tickets ( which cost 5 lei each ) and of fair passes ( which cost 10 lei and are valid troughout the whole period), both of which will enter the Gaudeamus Fair Tombola.

The Big Prize of the Gaudeamus Tombola will be a Dacia Logan 10 years, offered by Automobile Dacia, followed by three smartphones offered by Orange. The following cathegories of public are exempt from the access fee: pre-school children, pupils, students, teachers, librarians, professionals in the editorial and educational fields, journalists, senior citizens, disabled people, organized groups.

This year also, The Gaudeamus Fair will welcome its visitors with a marathon of editorial and professional events - almost 750, a record number in the history of the fair - which were offered either by the organizer, by the special guests or by the over 300 exhibitioners.

The guest of honour of the 2014 edition is the Russian Federation. The programme of the guest of honour comprises over 30 events organized on the premises of the fair or in other spaces in Bucharest. Seventeen guests from Russia - writers, literary critics, editors, journalists and musicians, well-known names in the contemporary cultural Russian scenery will hold book releases and presentations, autograph sessions, debates and artistic moments.

This year also, the privileged partner of the edition is GADIF - Group of Francophone Embassies, Delegations and Institutions in Romania.

The president of honour of the edition, the amphitryon of the International Gaudeamus Fair 2014 is Mr. Benoît Rutten, the president of GADIF, a delegate of Valonia - Bruxelles to Romania.

The press conference which traditionally preceeds the fair's opening will take place on Tuesday, 18th November, at 12:00 , at the Press Centre of Radio Romania.

Inasmuch as we wish, that all our colleagues who will cover this edition of the event from an editorial point of view, to receive the information about the fair directly and in due time, we are asking you to communicate to us the name and the contact data of the Radio Romania journalists you want us to keep permanently informed with respect to the important moments in the unfolding of the event.

Project supported by the Ministry of Culture

For additional information, please address to the Gaudeamus Secretariat or access www.gaudeamus.ro, where, starting with 14th November, the entire programme of the events organized at the fair and the catalogue of this edition's participants will be available.