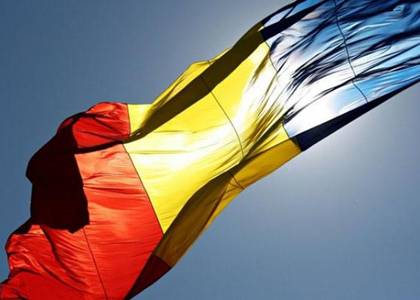 Monday, 24 November 2014 , ora 10.19
On 1st December, Romania's National Day, Radio Romania Music will be broadcasting special programmes all day long. The light will be cast upon the Romanian soloists and composers who have turned Romania into a land of musical talents.

On the night of 30th November -1st December between 1:00-07:00, the Notturno programme produced by the BBC and taken by 13 member countries of the European Broadcasting Union (EBU) will be dedicated to Romania. Thanks to Radio Romania Music, the albums of Romanian soloists and composers as well as Romanian works played by foreign musicians will be available for the EBU. Dinu Lipatti, Ion Voicu, the Madrigal Choir, Horia Mihail, Dana Protopopescu, the National Radio Orchestra, Gabriel Croitoru and the National Chamber Orchestra are only a few names on the setlist made by the BBC on the occasion of Romania's National Day during the Notturno programme.

Starting at 7:00, three episodes of the programme suggestively named Romania's Musical Talents are scheduled. Between 7:00-10:00 and 13:00-17:00 the most famous works from the Romanian repertoire as well as referential works signed by prestigious Romanian performers will be available to our listeners. Between 10:00-13:00 Radio Romania Music along with the other Radio Romania stations will broadcast a programme produced by Radio Romania News for Romania's National Day.

Between 17:00-21:00 we offer a variety of albums recorded by Romanian musicians for the first time. Two of them will be available right before their official launch: two albums from the 'Casa Radio' Publishing House interpreted by the violinist Răzvan Stoica and the pianist Andreea Stoica and also the Romanian Youth Orchestra conducted by Cristian Mandeal.

Răzvan Stoica is a violinist who in 2003 won the single award at the most important competition under the patronage of the EBU, the New Talent Competition in Bratislava; the new album signed by the 28-year-old musician features those recordings which propelled him straight to the semifinals of the competition in February 2003, as well as the latest recordings made in July 2014 at the Radio Hall, at the initiative of Radio Romania Music.

The programme will end with pianist Luiza Borac's latest album released in July 2014, called Chants Nostalgiques and with excerpts from two albums signed by the pianist Alexandra Dariescu, one of the most famous Romanian musicians who currently work in Great Britain.

Both the albums which are about to be launched under the patronage of the Casa Radio Publishing House and Luiza Borac's album are also included in our Vote for the Best Classical Album of 2014 campaign on our website www.romania-muzical.ro, where our listeners can rate the albums that enter the competition; the album of the year will be selected by our listeners' votes.

A "European stage" of Romanian musicians

At 21:00 the European Music Stage programme, that presents the recordings received from the EBU, will offer you concerts performed by Romanian musicians: the violinists Mihaela Martin and Răzvan Popovici and the pianist Alexandra Dariescu.