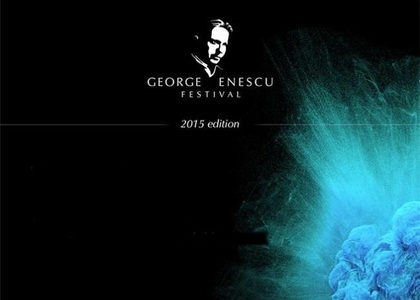 Individual Tickets to the 'George Enescu' International Music Festival will be Available for Purchase on 16th February, 2015

Wednesday, 11 February 2015 , ora 9.41
The individual tickets to the 2015 Edition of the George Enescu International Music Festival will be available for purchase on the www.eventim.ro website, as well as in the Eventim network on Monday, 16th February, starting at 10:00. Eventim has included a new online buying option - Print Your Own Ticket via print@home - which allows online buyers to print their tickets at home. Through this method tickets are delivered electronically, in PDF format. The option print@home may be selected on the Eventim website under Delivery Methods, and it requires payment via card.

Beside the print@home option, all other Eventim delivery methods are available as well. They may be delivered via courier or picked up at Eventim's Box Offices, with payment via card, wire transfer or cash.

In order to offer the best buying chances to all interested, there is a limit of maximum 8 tickets to each performance per each buyer.

THE GREAT ORCHESTRAS OF THE WORLD Series (The Palace Grand Hall):

THE RECITALS AND CHAMBER MUSIC Series (The Romanian Athenaeum):

BY MIDNIGHT Series (The Romanian Athenaeum):

THE MORNING CONCERTS Series (The Romanian Athenaeum and The Palace Small Hall):

You can find the full programme of the 2015 George Enescu International Music Festival at this link.

The public will have a user's guide with recommendations available on the Festival's website - ten steps to buying tickets to the George Enescu International Music Festival.

As it happened in 2013 and January 2015, when the season tickets went on sale, we are estimating that the tickets for most of the concerts which will take place at the Romanian Athenaeum, as well as for several which will take place at the Palace Small Hall will sell in record time. Eventim recommends online tickets purchasing via www.eventim.ro as the fastest and most flexible buying method. With the website traffic incredibly high, buying online is still just a matter of seconds, lowering the buying chances for people who opt for Box Office pick-up furthermore.

The 2015 Edition of the Festival will take place between August 30 and September 20 in Bucharest, and will host 58 concerts for 22 days at The Pallace Hall and The Romanian Athenaeum, as well as several outdoor events organized under the auspices of the Enescu Festival Square (September 3 to 20) and the Creative Bucharest cultural projects.

The Festival's 22nd Edition features in premiere in Bucharest the Berlin Philharmonic Orchestra, which will perform at the Palace Hall on 3rd September, 2015, under the baton of legendary Sir Simon Rattle after fifteen years of negotiations. The Berlin Philharmonic Orchestra was voted number three on a list of Top Ten European Orchestras (in 2006) by the reputable British magazine Gramophone, and the second best orchestra in the world (in 2008), following the Royal Concertgebouw Orchestra Amsterdam. The latter will also perform in the 2015 George Enescu International Festival, on 19th and 20th September. Renowned American orchestraSan Francisco Symphony will participate in the Festival as well, with one of the Enescu's compositions among other works.

The audience will also enjoy 20 works by George Enescu in modern interpretations by some of the most influential orchestras in the world. This way, the Festival carries on giving greater international recognition to the Enescian repertoire.