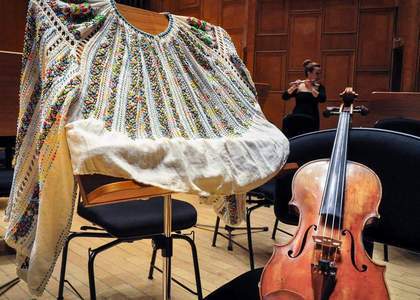 Midsummer Day's celebration (Drăgaica) already sets out the third international celebration of the Romanian traditional blouse (IA), on 24th June, 2015. By feasting the beginning of the summer, flowers and love'celebration, the Bedstraws sing the longest day of the year's joy: Good bye Sun, hello Moon/The Bedstraws unsteel, Flowers to become the flower,/Yellow and good smelling, So the girls to gather it, And put them into chaplets.

The Romanian traditional blouse's never ending story, which has become worldwide known due to La Blouse Roumanie peinture, created by Henry Matisse (1940), has been enlivened by celebrating, on the Midsummer Day, the traditional and beautiful chemise that was kept in the grandmother's chest-of-drawers as late as yesterday.