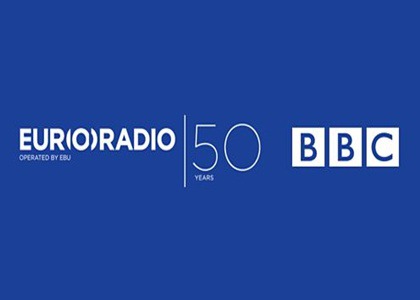 The European Broadcasting Union (EBU) is marking the 50th anniversary of the first concert broadcast as part of a regular Music Exchange between Members with a special anniversary concert and a timeline charting the key milestones during the last five decades.

On Monday 27 November, 44 EBU radio organisations from 36 countries will broadcast a live concert from London marking exactly 50 years since a concert from the city's newly inaugurated Queen Elizabeth Hall was transmitted on the BBC and around Europe as the opening broadcast of the first "concert season".

The original concert featured works from Bach, Haydn, Mozart and Benjamin Britten, who also conducted the performance. The commemorative programme will also feature music by Britten, together with the world première of Orpheus' Comet, performed by the BBC Concert Orchestra conducted by Johannes Wildner. This piece was commissioned by the EBU from the BBC Concert Orchestra Composer-in-Residence Dobrinka Tabakova. The programme, broadcast on BBC Radio 3 and organised in collaboration with the BBC, also includes Mozart's Sinfonia concertante K. 364, which was performed in 1967, and Beethoven's 5th Piano Concerto, chosen by listeners throughout Europe in a poll by the EBU.

The Euroradio 50th anniversary microsite offers a history of the Music Exchange on a special "timeline" including archive of the first concert from 1967 and audio from first Euroradio Folk Festival in 1980, a special Last Night of the BBC Proms to commemorate 9/11 in 2001, the broadcast of Handel's Messiah from 2009 to mark the 200th anniversary of the composer's death and Elton John's live performance of "Candle in the Wind" at the funeral of Diana, Princess of Wales in 1997.

In the past five decades, the Euroradio Music Exchange has grown from a classical exchange between 13 EBU Members to a vast daily activity which includes the regular sharing of opera, rock, pop, folk, jazz and world music amongst the majority of the EBU's 73 EBU Members in 56 countries and 33 Associates in 21 countries.

The EBU's Head of Music Pascale Labrie said: "Over the last 50 years, the EBU and its Members have built the world's most prestigious virtual concert hall. Each week, millions of listeners enjoy unique musical performances from the greatest venues, representing every genre from hip-hop and folk to opera and symphonic music. We're immensely proud of the success of the exchange which helps public service media provide a uniquely diverse offer to their audiences."

Graham Ellis, Controller of Production for BBC Radio and Music and chairman of the EBU Radio Committee, added: "This is a moment for celebration. We hosted the first concert in London 50 years ago and our music and culture station, BBC Radio 3, has been at the heart of the Euroradio Music Exchange ever since, bringing pleasure to countless millions at home and abroad."

A recent survey of EBU Members shows the importance of music within their radio programming. 45% of the total output of their stations comprises music. The Euroradio Music Exchange offers around 3000 concerts each year, two thirds of which are classical, reaching large audiences across Europe and beyond. Each concert has around 2 million listeners, rising on occasion to 7 million.

"The Music Exchange of the EBU developed and expanded over 50 years from its modest first season because music audiences have the desire to learn about and experience what is happening beyond their own national borders," said EBU Head of Radio Graham Dixon.

"The success depends on the consistent dedication and effort from Member broadcasters who can see the enormous value to be gained from sharing and participation, as well as the unquestioning and strong support accorded to the activity within the EBU."

With the new opportunities offered by digital, the Music Exchange will play an even more vital role in the future. Currently 61% of the digital-only stations offered by Members focus on music.

The Music Exchange will continue to evolve in the coming years. As well as emphasizing the importance of live music and live broadcasting, there will be an increased emphasis on making extra content available including interviews, archives, collections and video to help Members feed their social media channels.