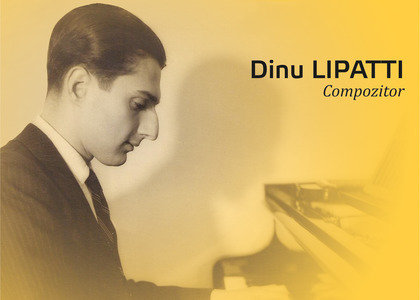 Concert on Romania’s National Day, with the National Radio Orchestra

The National Radio Orchestra will celebrate Romania's National Day on Friday, December the 1st, in an extraordinary concert at Sala Radio (Radio Hall)!

The Romanian Rhapsody no. 1by George Enescu will be performed in the opening of the show. The guests for the evening are two resounding names of the Romanian musical scene: conductor Vlad Conta and pianist Viniciu Moroianu. The schedule for the evening will also include the Concert for Piano and Orchestra in A minor, op. 54, by R. Schumann and the Symphony no. 7 in A major, op. 92, by L. van Beethoven.

Vlad Conta has been the main conductor of the Bucharest National Opera orchestra since 2001 and has a vast repertoire of opera and ballet, as well as vocal and symphonic works. During his career, he has collaborated as a guest conductor with some of the most important orchestras in Europe and the United States. With over 1000 appearances in concerts and recitals in Romania and abroad, pianist Viniciu Moroianu has a track record of numerous prizes and distinctions in national and international piano contests and teaches piano at the Bucharest National Music University.

On the occasion of the concert, the Casa Radio Publishing House will organize two special moments: the release of the album Dinu Lipatti - Composer and an autograph session with Viniciu Moroianu.

The album Dinu Lipatti - Composer is a tribute to the great Romanian musician who would have turned 100 in March 2017. Paul Dukas used to call him "the second Enescu". The CD contains four of Dinu Lipatti's representative works. The first two - dating from 1943 - are performed by the author himself: the Sonatina for the Left Hand and the Concertino in Classical Style. The latter was recorded by Lipatti alongside the Berlin Chamber Orchestra conducted by Hans von Beda. The album also contains the Fantasy for Piano Solo (performed by Viniciu Moroianu) and the Symphonic Suite Les Tziganes (performed by the National Radio Orchestra conducted by Horia Andreescu). The release event will take place in the central foyer of the Radio Hall, during the interval. The speakers at the event will be pianist Viniciu Moroianu and musicologists Monica Isăcescu and Ștefan Costache, radio personalities at Radio Romania Music and authors of the album presentation. The second moment dedicated to the album Dinu Lipatti - Composer will take place at the end of evening, when pianist Viniciu Moroianu will join the audience in the central foyer of the Radio Hall for an autograph session on this reference CD.

The concert can be heard live on all Radio Romania Cultural and Radio Romania Music frequencies in the country and on live stream at www.radioromania.cultural.ro and www.romania-muzical.ro.

For more information on the Radio Orchestras and Choirs, please visit www.orchestreradio.ro.

Vlad Conta studied piano and conducting at the Geneva Conservatory, at the Accademia Musicale Chigiana in Siena (Italy) and at the Mozarteum University in Salzburg (Austria) with famous maestros such as Louis Hiltbrand, Carlo Zecchi and Franco Ferrara. Between 1983 and 1985, he was an assistant music master at the Monte Carlo Opera and the Grand Théâtre in Geneva, and between 1985 and 1989 he was the director of orchestra at the Municipal Theatre in Biel-Bienne (Switzerland). Between 1989 and 1993, Vlad Conta was first guest conductor at the Teatro Regio di Torino, Italy, and between 1989 and 1997 he was the musical director of the Regina Symphony Orchestra (Canada).

Vlad Conta has been a conductor at the Bucharest National Opera since 2001. Alongisde his opera and ballet repertoire, Vlad Conta also has a vast vocal and symphonic repertoire. His international career includes being a guest conductor for the Washington National Symphony Orchestra, the London Philharmonia Orchestra, the Moscow Russian National Orchestra, the Orchestra Sinfonica Nazionale (Torino), the State Opera in Hamburg, the Jerusalem Symphony Orchestra, the symphonic orchestras in Vancouver, Edmonton, Québec (Canada), Orchestre de la Suisse Romande, Orchestre de Chambre de Lausanne, Orchestra della Svizzera Italiana (Switzerland), as well for other orchestras and theatres in the US, France, Italy, Ireland, Greece, Bulgaria and Turkey.

He has been awarded the Katia Popova Golden Medal at the Pleven Music Festival in Bulgaria and has obtained honorary citizenship in Fort Worth (Texas, US). He has won the A 125 Medal: The 125th Anniversary of Canada for special cultural merits and the Ludovic Spiess Prize from the Romanian Musical Forum (2011). Since 2012, Vlad Conta has been a member of honor of the Moldova Philharmonic Orchestra in Iași.

Pianist Viniciu Moroianu has an artistic activity of over a thousand stage appearances, in recitals and chamber performances as well as piano solos alongside an orchestra (almost thirty works, including Romanian ones). He also teaches a piano master class as a professor at the Bucharest National Music University.

He was born in Bucharest in 1962 to a family of artists. He showed his inclinations towards composition and literature early on. In his native city, he finished the high-school piano course with Marta Paladi and the university piano course with Gabriel Amiraș. His accompaniment teacher was Suzana Szorenyi. He studied harmony with Doru Popovici and Pascal Bentoiu, and conducting with Constantin Bugeanu. Starting with 1973, he was awarded three first prizes at national piano competitions, while also being nominated for international contests in Paris (Guilde française des artistes solistes, 1979) and Bucharest (George Enescu, 1991). He won the Prize of the Romanian Musical Critics College (1981) for his performance of the Piano Sonata no. 3 by Enescu and the Bucharest Dinu Lipatti Foundation Prize (1992) for restoring Lipatti's Fantasy op. 8 and performing it in concert.

He played in his first recital at the age of 10, and four years later he made his debut as a soloist with the orchestra. He has a vast repertoire, including first auditions and ample, less performed works. He has played two full Beethoven cycles: the concertos in Râmnicu-Vâlcea(2008-2009) and the piano and violin Sonatas, alongside Cristina Anghelescu, in Iași and at Radio România (2010). As a lied partner, he has collaborated with artists like Eduard Tumagian, Leontina Văduva, George Crăsnaru and Georgeta Stoleriu.

His international festival appearances feature George Enescu (eight editions), Dinu Lipatti (three editions), Academia Sighișoara (ten editions), as well as those in Besançon, San José, Graz, Chișinău and Bratislava. He has performed on stages in Greece, Switzerland, France, Italy, Germany, Spain, Belgium, Denmark, Luxembourg, Hungary, Ukraine, the Republic of Moldavia and Bulgaria. He has played in concert alongside all the orchestras in Romania, as well as with ensembles from the United Kingdom, Austria, Switzerland, the Republic of Moldavia and Bulgaria. He was broadcast live through EBU (1995, 2007, 2013) and on Radio Bartok, Budapest (1995). He made his appearance as a pianist on some TV shows in France and the US, as well as on BBC. He recorded for Radio România and Electrecord (a Brahms LP, with cellist Attila Szekely, 1981; an Enescu LP, 1988; an Enescu CD, 2011, including two chamber works recorded for the first time). His name also appears on CD-s released by Agora, Greece (1996), Eurostar (2015) and Casa Radio (2017).

He has curated first editions of works by Dinu Lipatti and Radu Paladi at Editura Muzicală and GrafoArt. He is a founding member of the Mozart Romanian Society (1991). In 2005, he received the title of Doctor in Music for his thesis Two Centuries of Composition Reflected in Dinu Lipatti's Piano Solo Works. Mihai Ritivoiu, Andrei Licareț, Ana Silvestru, Abel Corban, Maria-Diana Petrache are among his apprentices. He has been a member of the board of the Performance Musicians' Union of Romania since 2011, and in 2017 he was elected the vice-president of the institution.