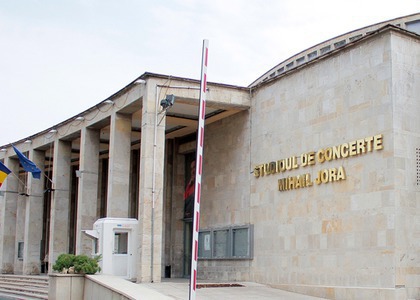 Wednesday, the 17th January, at 19:00, the Radio Chamber Orchestra presents at the Radio Hall a concert in which will perform young talented Romanian instrumentalists, winners of the last two editions of the 'Road to Stardom' Competition.

After the names that have already become famous after the participation to this contest, such as clarinetist Ioan Radu Greluș, now student at Basel, cellist Ștefan Cazacu, the Euphoria Quartet from Cluj, violinist Simina Croitoru, Duo Kitharsis, or flutist Ștefan Diaconu, student at the Royal Academy in Copenhagen, this year it's time for the winners of the last two editions of the 'Road to Stardom' Competition to perform on the stage of the Radio Hall: the exceptional cellist Constantin Borodin (prize winner in 2016) and the young and talented pianist Eva Garet, the one who amazed the jury and the audience in 2017. Beside the two prize winners will perform violinist Mălina Cioban, which earned important awards at no less than 45 national and international competitions and performing more than 100 recitals and numerous concerts by the age of 18.

The desk will be taken over by conductor Ștefan Novak, currently conductor at Târgu Mureș State Philharmonic. Among the compositions which are to be played in the concert there are The Piano Concerto No. 23 in A major and Violin Concerto No.5 in A major, both by Mozart, and Variations on a Rococo Theme, Op. 33, for cello and orchestra, by P. I. Ceaikovski.

The Radio Orchestras in collaboration with The 'Brancovian Palaces' Cultural Center, 'Pro Valores' Cultural Association, Radio Romania Cultural and the Romanian Musicians Association of Performers Creation have been organizing together for 8 years the musical competition 'The Road to Stardom', dedicated to promoting talented young musicians. The competition helped up until now more than 500 young musicians assert themselves and until 2017 it has been the musical competition with the largest number of stages and the largest jury - as each member of the audience has the right to vote. It has also been a highly interactive musical competition - the only one of this kind in Romania - in which the role of young judges has been decisive. For 8 years, the winners of the 'Road to Stardom' Competition have received the chance to perform along with one of the most valuable orchestras of the country and their evolution can be heard in the entire country through the live transmissions at Radio Romania Music and Radio Romania Cultural.

As usual, the concert will be hosted by Sebastian Crăciun from Radio Romania Cultural.