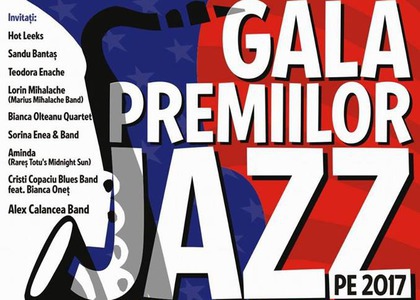 MUZZA Foundation and the Romanian Cultural Institute organize on Sunday, April 1, 2018 at 6:30 p.m., at Hard Rock Cafe, the Jazz Awards Gala - MUZZA Awards for 2017. Reaching its 16th edition, the Gala is one of the most important yearly events for this kind of musical genre, a real celebration for this category whose purpose is, as always, to emphasize and reward the most successful performances that took place the previous year.

The jury, formed by prestigious musicians and journalists, gave the EXCELLENCE AWARD to the appreciated composer, arranger and conductor from Cluj, Ștefan Vannai, the reasons being his age of 75 years, the 35 years of work and his success with the Big Band, GAIO.

All the rewarded bands will hold micro-recitals for the public that loves jazz and blues.

The Gala is organized with the support of various institutions, sponsors, media partners and friends, everybody having the same passion for jazz. The event is realized and presented by musicologist Alexandru Șipa. The tickets have the following prices: