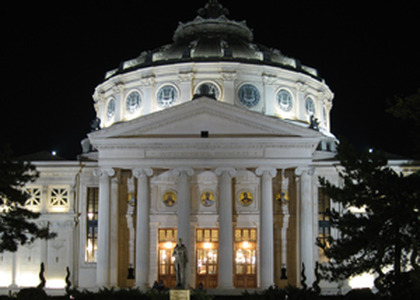 Classic is Fantastic. How to understand music and painting

Mussorgsky - Pictures at an Exhibition

The Russian composer Modest Petrovitch Mussorgsky (1839 - 1881) made history as an inspiring creator of a dramatic force. He was an important figure of the Russian musical school, he wrote many brilliant scores among which the most known are the opera Boris Godunov, the symphonic poem Night on Bald Mountain and the piano suite Pictures at an Exhibition. The musician was good friends with many contemporary painters. He would admire their paintings, talk about their meaning, their forms, and the colours they used. And of course, these forms and colours had a special place in the creator's mind and soul. In the spring of 1874, Mussorgsky visits the exhibition of the architect and painter, Viktor Hartmann. It was a very rich and original exhibition where the artist had collected architectural projects, sketches from nature, as well as set design and costume sketches for a few opera performances. The sketches for different artistic objects such as a nutcracker shaped like a dwarf, or a bronze clock in the shape of a fairy-tale house propped up on hen's legs, were interesting and much appreciated too. Deeply impressed by his drawings, Mussorgsky composes a series of pieces based on these. In June 1874, after only a few months, he finishes writing a piano suite. Later on, the French composer Maurice Ravel (1875 - 1937), amazed and captivated by the creation of his Russian colleague, arranged an orchestral version of the Pictures, thus creating one of the most loved and performed opuses of the entire symphonic repertoire. Over the years there had been many other arrangements that, by adding different instruments, tried to recapture the richness of colour and movement experienced in The Pictures of Hartmann and Mussorgsky. The next concert in the series "Classic is Fantastic. How to understand music" presents you- with all the necessary explanations - another arrangement of the piece, this time for a woodwind quintet: flute, oboe, clarinet, bassoon, and horn.

Classic is Fantastic. How to understand music and painting

Mussorgsky - Pictures at an Exhibition