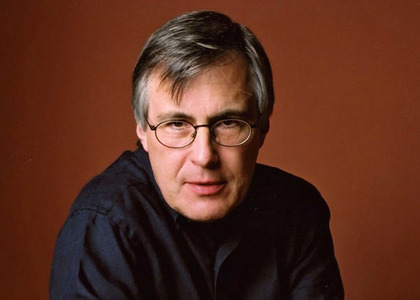 "I want to show the people what truly amazes me, what is hiding behind the notes." (Christian Zacharias).

On Thursday, 13th, and Friday 14th of April 2018 the "George Enescu"Philharmonic Orchestra is once again joined by the famous German conductor and pianist, Christian Zacharias. The musician once more takes the stage at the Romanian Athenaeum (Grand Hall) following the successful full house concerts from March last year. This week's schedule will include masterpieces by some of the great composers: Nanie, Song of Destiny by Johannes Brahms, Introduction and Allegro appassionato for piano and orchestra by Robert Schumann and Symphony No. 3 in A minor "Scottish", Op. 56 by Felix Mendelssohn.

Introduction and Allegro appassionato for piano and orchestra

Christian Zacharias began his career as a pianist, and then continued as a conductor. Currently, he is one of the key figures among the international musical elite. His longest collaboration is with St. Paul Chamber Orchestra, the Göteborg and Boston symphony orchestras, as well as with Kammerorchester Basel, Konzerthausorchester Berlin and Bamberger Symphoniker. The soloist also holds recitals in the most important centres. His musical partners include Frank Peter Zimmermann, Baiba Skride and Leipziger Streichquartett. He is also fond of the lyric theatre, conducting operas by Mozart (La Clemenza di Tito and "Le nozze di Figaro") and La Belle Hélène by Jacques Offenbach. In 2015, he conducted The Merry Wives of Windsor by Otto Nicolai at the Opéra Royal de Wallonie in Liège. This production was awarded the "Prix de l'Europe Francophone" 2014-2015 by the Association Professionnelle de la Critique Théâtre, Musique et Danse.

During his time as artistic director and principal conductor of the Orchestre de Chambre de Lausanne, his recordings with this orchestra were critically acclaimed by the international press. A key part of his work is the full recording of Mozart's piano concertos which was awarded with the Diapason d'Or, Choc du Monde de la Musique and ECHO Klassik. His most recent recordings include Schumann's four symphonies and Carl Philipp Emanuel Bach's Berlin Symphonies.

Christian Zacharias was head of the jury at the Clara Kaskil Competition in 2015 and he will resume this position in 2017 as well.