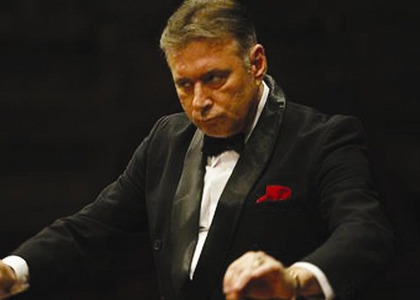 The Radio Chamber Orchestrainvites the audience to the Radio Hall for a classical concert featuring works by Mozart and Haydn on Wednesday, May 9, starting from 19:00. Conducting will be Mădălin Voicu, who has chosen the Serenade No. 13 for strings in G major, KV525 and the Divertimento for string orchestra in D major, K136 by Mozart and the Symphony no. 85 in B flat major - Regina by Haydn.

Mădălin Voicu is a promoter of the young generations of musicians. Through the International "Ion Voicu" Foundation, he organizes a series of concerts, with many artists being rewarded with prizes form the Foundation. Mădălin Voicu was a conductor of the Oltenia Philharmonic and the "Paul Constantinescu" Philharmonic, and also a perennial guest of classical orchestras in Romania. The concerts in which he was involved abroad show the appreciation that the artist enjoys across borders. He has performed in concerts alongside the Bucharest Chamber Orchestra, founded by distinguished violinist Ion Voicu. Since 2001, Mădălin Voicu has been an honorary member of the French Academy of Sciences, Arts and Letters.

The concert can be heard live on all Radio Romania frequencies in the country and via live streaming on the Internet at www.radioromaniacultural.ro and www.romaniamuzical.ro.

For more information regarding the Radio Orchestras and Choirs, go to www.orchestreradio.ro.