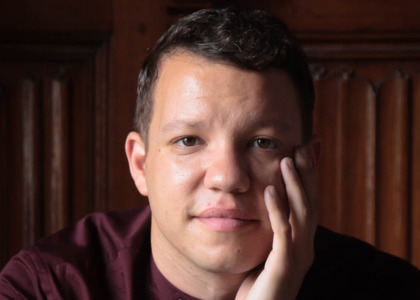 100% Beethoven – The Emperor Concerto and the Pastoral Symphony under the Baton of the American Conductor RYAN BANCROFT, At Sala Radio

At just 28 years old, Ryan Bancroft, the young American conductor, won this year's First Prize and the Audience Award at the Malko Contest for Young Conductors, one of the most prestigious competitions of its kind in the world, organized by the Danish Radio Symphony Orchestra in Copenhagen. Following his success, he went on a tour of twenty-four concerts, including performances with major orchestras from Italy, Switzerland, Spain, Canada and China. On Friday, the 26th of October at 7 p.m, the Romanian public will have the chance to see Ryan Bancroft performing with the National Radio Orchestra in an extraordinary, 100% Beethoven concert at Sala Radio!

Two of the most famous creations of the "Titan" (as Beethoven is often called) - Concerto No. 5 for piano and orchestra - also known as the "Emperor Concerto", and Symphony No. 6 - the "Pastoral Symphony" compose the program of the event at the Sala Radio. The concert will take place with the participation of the pianist Horia Mihail, a soloist of the Radio Orchestras and Choirs, who has given more than 1000 performances with most of the Romanian symphonic orchestras and has also performed abroad to high praise.

Seen by Bizet (who composed "Carmen") as a "Prometheus of Music" and "a colossus beyond the understanding of most mortals," Beethoven is considered a musical genius, as asserted by the great violinist Yehudi Menuhin (disciple of George Enescu's). Referring to the greatness of the German composer, Haydn said, "it makes you feel like you are a man who has more hands, more hearts and more souls."

At Sala Radio you will listen to Concerto No. 5 for piano and orchestra - the "Emperor Concerto" - the last piano concerto written by Beethoven in 1809 in Vienna. While the city was under Napoleon's siege, Beethoven composed in his brother's cellar with pillows on his ears to protect himself from the powerful noise of artillery! Perhaps this period, plus the tone that corresponds to his symphony "Eroica" (inspired by Napoleon), gave birth to the title "The Emperor Concerto". The piece was dedicated to Archduke Rudolf of Austria, a student and, at the same time, a patron of Beethoven. Symphony No. 6 - the "Pastoral Symphony" is a confession of Beethoven's love for nature, manifested in his frequent journeys to rural areas outside Vienna. The well-known composition came to the attention of the general public thanks to its inclusion in two cinematic creations: Fantasia - an animation masterpiece by Disney Studios (1940) and the SF film Soylent Green (1973).

Born in Los Angeles, RYAN BANCROFT graduated from the California Institute of Arts where he studied harp, flute, cello, and Ghanaian music and dance. He then specialized in conducting at the Royal Conservatoire of Scotland. He conducted the Royal Scottish National Orchestra, the BBC Scottish Symphony Orchestra, RedNote (a contemporary music ensemble) and the Danish National Orchestra. Ryan Bancroft completed his musical studies at the Nationale Master Orkestdirectie, the Conservatory of Amsterdam and the Royal Conservatory in Hague.

After 14 years of studies in Romania, Horia Mihail attended the University of Illinois, graduating in 1995 in three years. After being a lecturer at Boston University, Horia Mihail returned to Brasov in the autumn of 2002 as a soloist of the Philharmonic Orchestra and a member of the already-well-known Romanian Piano Trio band, alongside violinist Alexandru Tomescu and cellist Răzvan Suma, with whom he successfully performed many concerts in the country and abroad. Outside of Romania, the musician performed recitals and concerts in Berlin, Prague, Munich, Paris, Lisbon, London, Denmark, Germany, Hungary, Spain, Bulgaria and the Republic of Moldova, Argentina, Chile, United States, China, Malaysia or Japan.

The artist takes part in the following projects every year: the Traveling Piano, the Duel of the Violins, alongside Liviu Prunaru and Gabriel Croitoru, the Golden Flute, with the flutist Ion Bogdan Stefanescu and George Enescu's Violin In The Villages, together with Gabriel Croitoru.

The concerts can be listened to live on Radio Romania Cultural and Radio Romania Muzical stations across the country and through live streaming on the Internet on the following websites: www.radioromaniacultural.ro and www.romania-muzical.ro.

Tickets for the concerts are available on www.bilete.ro, at the offices of the Romanian Post Office, in Inmedio stores marked bilete.ro and at the Ticket Office of Sala Radio.