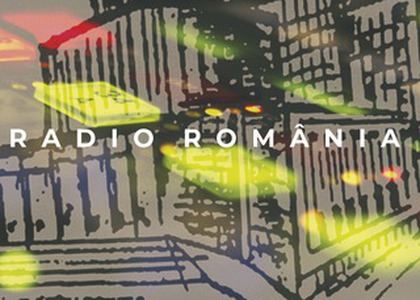 RADIO ROMANIA, 90 years in the homes of listeners in the country and abroad; 90 years in which this prestigious public institution has covered the most important events.

In order to meet the musical requirements of the new institution and as a way of following through on the public radio's mission of promoting culture, conductor Mihail Jora founded the Radio Orchestra - now known as the NATIONAL RADIO ORCHESTRA - that same year. This beautiful ensemble that turns 90 as well has been setting its mark on the Romanian artistic stage for almost a century.

Under the baton of appraised conductor CRISTIAN MANDEAL, alongside the celebrated ensemble, will perform another two of the six musical ensembles of the institution: the Radio Academic Choir (conductor: Ciprian Țuțu) and the Radio Children's Choir (conductor: Răzvan Rădos).

Special guest of the evening will be famous Romanian violinist LIVIU PRUNARU - concertmaster of the best-rated symphonic orchestra in the world, the Royal Concertgebouw Amsterdam. The artist will have the privilege of playing on a heritage violin: a 1694 Stradivarius "Pachoud". In addition to his performance with the National Radio Orchestra, Liviu Prunaru will perform three works: Jules Massenet - Meditation from the opera Thaïs, Gabriel Fauré - Aprés un rêve for violin and orchestra and Henryk Wieniawski - The Polonaise in D Major.

The second part of the evening offers the public one of the biggest "hits" in classical music, the famous cantata CARMINA BURANA composed by Carl Orff, performed with singers DIANA ȚUGUI (soprano), ȘTEFAN von KORCH (tenor) and BALLA SÁNDOR (baritone). The programme for the evening will also include Etos I, a work by Romanian composer Adrian Pop.

The audience is invited to the central foyer of Sala Radio to attend the release of this anniversary album. Liliana Staiuc, director of the Radio Romania Orchestras and Choirs, will also be attending the event.

The double CD RADIO ROMÂNIA 90. Înregistrări din Fonoteca Muzicală Radio România is available at the shop of the Casa Radio publishing house on Str. Temișana 31 or online on the official website: www.edituracasaradio.ro. It can also be purchased from distribution partners, including the Humanitas and Cărturești bookshops.

Concerts will be broadcast live on all Radio Romania Culture and Music frequencies in the country and via live streaming on the internet on www.radioromaniacultural.roand www.romania-muzical.ro.

Tickets for the concerts of the Radio Orchestras and Choirs are available on www.bilete.ro, in the offices of the Romanian Post, in the Inmedio stores labelled bilete.ro and at the Radio Hall ticket office.

For more information on the Radio Orchestras and Choirs, please go to www.orechestreradio.ro.