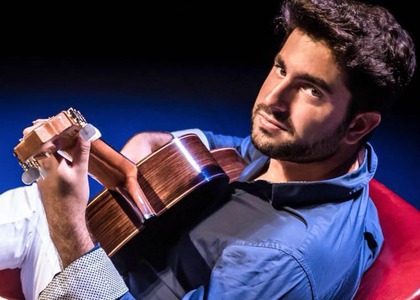 Described by the Spanish daily newspaper "El País" as being "one of the most prolific promoters of classic guitar", Rafael Aguirre will perform on Saturday, 2 November, at 19:00, in the beautiful Assembly Hall of the University Central Library (Biblioteca Centrală Universitară), as part of the 9th edition of the "Guitar Evenings" ("Serilor de chitară"). The recital, presented by the Kitharalogos Cultural Association in collaboration with Cervantes Institute, highlights the extraordinary qualities of a musician who has played in the most important music halls in the world, with a repertoire which includes famous pieces such as Bach's "Chaconne" and Giuliani's "Rossiniana", together with pieces of famous Spanish composers such as Albéniz, Rodrigo or Tárrega.

Rafael Aguirre will host a masterclass at the National University of Music on 3 November, between 10:00 and 14:00