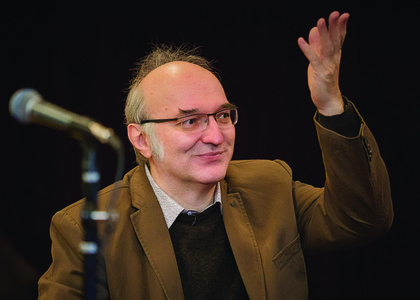 The Union of Composers and Musicologists of Romania organizes Thursday, the 5th of December 2019, at 12 o'clock, the Award Ceremony intitled The Awards of the the Magazines: Musical Actuality and The Music - edited by UCMR and funded with the support of the Ministry of Culture and National Identity,for musicology studies and articles of concert and show chronicle published in 2019. The event will take place in Bucharest, in the Cantacuzino Palace Hall, Calea Victoriei, 141.

From the magazine Musical Actuality:

From the magazine Music:

The award for the study "The art of walking the frame. The silence as music of the world in the vision of John Cage"