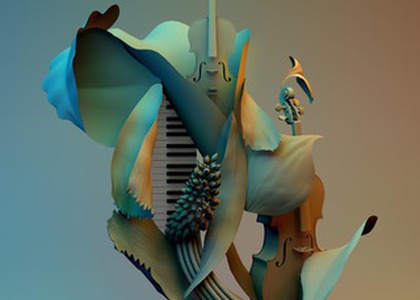 George Enescu International Contest 2020: a competition for beauty in life

The most talented young musicians can enter the competition until April 15 via the online platform www.festivalenescu.ro

New members of the jury, prominent personalities of classical music at international level; an improved selection mechanism; two compositions performed as world premieres at the Opening Gala; 19 concerts and recitals, for which tickets are on sale; leading conductors; a new site and a communication concept that explores the beauty that music brings to our lives: these are just some of the novelties with which the George Enescu International Competition comes in 2020.

"The changes that the Enescu Contest is going through this year are meant to strengthen its position at international level. We are developing, in response to the growing number of competitors, and to continue to attract as many talented musicians as possible. We maintain high standards and contribute to the international promotion of both the laureates and Enescu's music", Mihai Constantinescu, executive director of the George Enescu Festival and Competition, told the press.

The Enescu Contest runs from 29 August to 20 September, this one being the 17th edition. The organisers improved the selection mechanisms; they attracted new personalities of classical music to the judging committees, they involved several former winners of the Contest in the process of evaluating new generations of artists; they relaunched the www.festivalenescu.ro website, the official online communication platform of the George Enescu International Festival, to provide both accessibility and practical information to competitors who want to sign up, as well as the most important news of interest to its fans. The new www.festivalenescu.ro comes with a number of technical and content improvements to provide useful, real-time information to all categories of users: competitors, members of the jury, journalists and the general public.

The competition retains the four sections (violin, cello, piano and composition). Until April 15, through the www.festivalenescu.ro (Sign Up section), young musicians can send their apps online to the appropriate section, along with brief video demonstrations of artistic performance.

The theme of communication of the Enescu Contest 2020 is "Beauty in Life", because music, as George Enescu said, goes from heart to heart. "When two hearts communicate directly, beauty makes its way into life, without taking into account the gray, the struggles and daily tensions. When words shut up, music catches voice and makes us live Pure Beauty. We want the 2020 edition of the Enescu Competition to be a competition to make way for beauty in our lives and in the public space," Oana Marinescu, director of communication of the Enescu Festival, told the press. More than being technically very good, the great gift that the contestants will make to the public will be to bring them beauty in life and take them out of the ordinary.

Rich offer for artists and the public

·A total of 19 recitals and concerts are scheduled for the 2020 edition, both as competition stages and extraordinary recitals, performed by prominent musicians of the moment, members of the jury.

·The 2020 edition will open with a Gala Concerto on the stage of the Romanian Athenaeum, supported by three of the 2016 laureates: Gyehee Kim (violin), Yibai Chen (cello) and Viktoria Vassilenko (piano).

·They will perform the world premiere of "Brahmsodia" - triple-concerto for violin, cello and piano, op. 169, composed by Dan Dediu, first laureate of the 1991 George Enescu Composition Contest, especially for this edition.

·Also for the first time, the work of the winner from the 2018 composition section,AlexandruMurariu, "Concert pour clarinette et orchestre", will be performed.

·During the competition, the public will have access to all stages of the competition. Access is free of charge in the first two stages, with tickets and subscriptions on sale only for the semi-finals and finals stages, as well as for the Special Recitals and the Opening Gala.

·Series of new prizes have been introduced to animate the spirit of competition - both in sums of money (their total value exceeding 100,000 Euros) but, most importantly, in the international promotion and artistic launch of the most talented of the competitors.

·Winning first place at the Enescu 2020 Competition is the ticket to the stage of the George Enescu International Festival, at the 2021 edition - the most talented of the contestants will have the opportunity to perform at the next edition of the Festival with some of the biggest orchestras in the world (Orchestra of the Americas, Berlin Radio Symphony Orchestra, and so on).

The George Enescu Competition functions as an international launch platform for future world-leading musicians and promoting the compositions of the great Romanian musician among the new generation of artists from all over the world, thus being a complement to George Enescu Festival, the most important international cultural event organized by Romania.

The first edition of the Competition, organized independently of the George Enescu Festival, took place in 2014, with 240 young artists enrolled from 36 countries. The number of contestants gradually increased, with the contest attracting the best young technicians of classical music from all over the world every year.

In 2018, the Contest counted 420 registered competitors from 46 countries, and the Closing and Opening Galas were sold out.