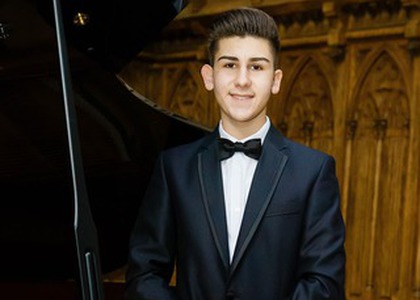 In 2019, Alexandru Ștefan Plăcintă is accepted as a future student for the 2020-2021 academic year at the Royal Conservatoire of Scotland in Glasgow. The young pianist was born in Iași in 2001, he started studying the piano at the age of 7 at the "Octav Băncilă" National Art College in his hometown, where he is currently a student in the 12th grade and studying under the guidance of prof. Roxana Ota.

Alexandru Ștefan Plăcintă is the first guest of the Season on Tuesday evening. However, we are ready to follow her promising artistic career in the coming years.

• George Enescu - Toccata and Sarabande from Suite No.2 for Piano, Op. 10