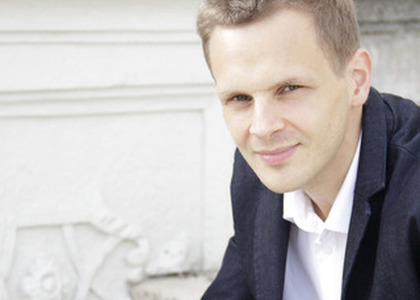 Their music is like a "diamond" polished with "meticulous precision" (Die Presse / Der neueMerker). In celebration of the Austrian National Day, the Austrian ensemble Auner Quartett,being on the strongest rise on the international chamber music scene, and its special guest, the clarinetist Simon Reitmaier, will perform two extraordinary concerts in Sibiu, at the invitation of the Austrian Embassy in Bucharest, of the Austrian Cultural Forum Bucharest and of the Sibiu State Philharmonic. The concerts will take place on October 23, at 5 PM and 7 PM, at the Thalia Hall of the Sibiu State Philharmonic (3-5 Cetății Street, Sibiu).

The double concert in Sibiu is also an opportunity to listen live to one of the best and most valuable instruments in Europe. The leader of the ensemble, Daniel Auner, plays a violin "d'Elia" by Giovanni Battista Guadagnini (1752) provided by the National Bank of Austria, the owner of a collection of instruments with exceptional strings.

The Auner Quartet includes violinists such as Daniel and Barbara Auner, the violinist Nikita Gerkusov and the cellist Konstantin Zelenin. For the concerts in Sibiu, the ensemble will have as its guest the violinist Gabriel Iscuissati, a virtuoso instrumentalist originally from Brazil and settled in Vienna, who will replace Nikita Gerkusov.

Winner of the Eugène Ysaÿe competition in Liége (Belgium), Auner Quartett is part of the international music scene elite. Dedicating a cover to an Austrian ensemble for the first time, the selective Performing Arts Yearbook of Europe chose the young members of the quartetwho delighted the public with a "perfect musical complementarity". For the excellence of its performance, Auner Quartett became the ambassador of Austrian culture 2020/2021, within the #NASOM program - New Austrian Sound of Music. This program was created and is carried out at the initiative of the Austrian Federal Ministry of European and International Affairs, in partnership with the Austrian Music Information Center - mica-music Austria and Austrian Music Export

Admired for the "stylistic safety and emotional availability of its four members, for whom the chamber repertoire is the essence of music per se ..." (Radio Ö1, "Intrada"), Auner Quartett always leads its listeners with "delicacy and refinement" through the highlights of music history. Continuing the old Viennese tradition of ballroom concerts, the ensemble has been presenting, for five years now, extraordinary recitals in some of the most prestigious and demanding concert halls in Austria and Europe, being also present as a special guest forfamous festivals on five continents.

With a "heavenly and warm sound in all registers, mixing sensitivity and technical brilliance" (as appreciated by Austrian critics), Simon Reitmaier is one of the most appreciated clarinetists of the young generation of Austrian musicians.

Born in Tyrol, the musician studied clarinet at the Mozarteum University in Salzburg, and he is the winner of many renowned national and international competitions. Simon Reitmaier has an activity in the area of ​​chamber music sustained by ensembles or members of orchestras such as Auner Quartett, Vienna and Berlin Philharmonic, NDR Hamburg, RSO Vienna, Salzburg Soloists, Antonio Lysy, Joji Hattori, Christoph Traxler etc.

After his debut at Carnegie Hall (2013), with the Mahler String Quartet, Simon Reitmaier became a regular at European concert halls, but also in Japan, Taiwan, the Russian Federation and USA. The success of his album "In breath of time - music for clarinet solo""(2015), led several contemporary composers to create special works for him, such as the famous KaleviAho (Solo XIV- the release of the CD is scheduled for spring 2021) .