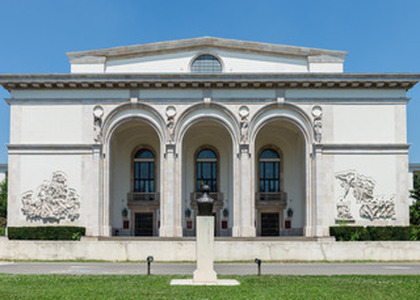 This week, in the Great Hall, The Bucharest National Opera House brings three performances from the universal repertoireto the audience's attention.

On Friday, October 16th, from 7 PM, we are waiting for you at the "Otello" show (selections) by Giuseppe Verdi, directed by Giancarlo del Monaco. Maestro Tiberiu Soare will be at the conductor's stand. Over the centuries, "Otello" proved to be a masterpiece that was highlighted not only by philosophical symbols, but also by the disturbing and powerful feelings of the characters, from a theatrical point of view.

On Saturday, October 17th, from7 PM, the Bucharest National Opera House presents "Carmen" - Opera in concert (fragments) by Georges Bizet, in the directorial concept of Ștefan Neagrău. Maestro Vlad Conta will be at the conductor'sstand. Musicologists have sometimes described it as the greatest masterpiece ever composed in France, and after its introduction in Russia, Tchaikovsky predicted that in ten years it would be the most popular creation in the world.

We are waiting for you in the Great Hall of the first lyrical scenein the country to enjoy emotional moments of the most beloved opera and ballet stories of the 2020-2021 Season together.

In order to safely enjoy each event, the performance hall will be able to receive a smaller number of spectators, and the performances will have a shorter duration, in accordance with the official regulations.