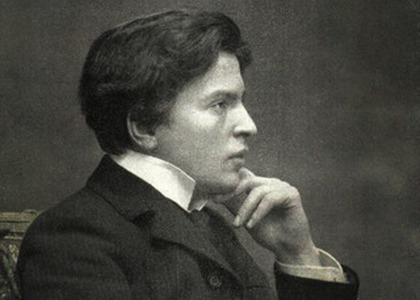 The vision for this project started from the necessity of existing, in a world where the audio-visual part is the main source of information and self-training of the melomaniac public, of a series of introductions filmed in the context of George Enescu's music.

In this way, the current project named EnescuTube®is imagining the possibility to realize a new series of videos about George Enescu's work, designed, commented and explained by the composer Dan Dediu.

It is clear the fact that a musical piece cannot be explained or commented from the start to the end in a few minutes and there are not enough details given to know in depth that piece. Moreover, the specific of the audio-visual environment does not even encourage such an approach. As a result, the strategy that should be chosen to realize a series of videos it is based on the transversality and unpredictability and not on unidirectionality and predictability.

In this way, the listener's desire to actively listen to those pieces can be awakened, emphasizing a variety of aspects, from biography to analysis, from perception to anecdote, the onlooker's attention being caught by some elements, well-chosen and well-formulated, which should be tracked down during the audition of the commented work.

That's why, the strategy that we will be able to call the directing and orientating of the audition will be more adequate forthis project, the audition being developed within a framework-format. Thereby, some starting ideas about Enescu's works can be offered and an intuitive-perceptual buffer can be assured through short examples on the piano of the host, then followed by filmed passages from the score over which audio-recordings of the same exact fragment will be overlaid.

The first episode is dedicated to the Octet Op.7.