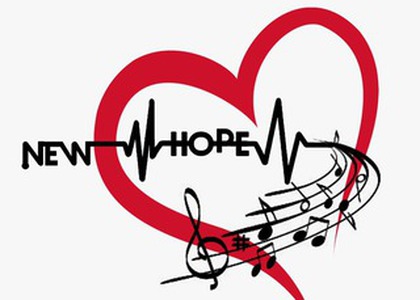 The orchestra that alleviates the suffering in hospitals

The orchestra composed of over 20 young elite musicians will hold a benefit concert for the sick and the medical staff on Tuesday, October 27th, 2020, at 12 PM, in the courtyard of the Fundeni Clinical Institute.

The project called New Hope aims to bring joy to the souls of suffering people, through music. The artists will make the music of Mozart and Piazzola resound, both for the relief of the sick and as a sign of appreciation for the medical staff, who do not give up in the fight against the disease.

Given the current context, patients and doctors will follow the artistic act complying with the social distancing measures.

The event is organized by cellist Octavian Lup through the New Hope project, in partnership with the Druiete Via(Gift Life) association and with the support of Assoc. Prof. Dr. Anca Coli - FCI Manager and Prof. Dr. Daniel Coriu -FCI Head of Haematology and Spinal Cord Transplant.

"As the great George Enescu said, music must start from the heart and address the heart. This is also the goal of the New Hope project, namely to reach people's souls. We address especially those who are suffering, on a hospital bed and can't get to a concert or a performance hall. That's why we come to them with an entire orchestra, of over 20 people," said lect. univ. Dr. Octavian Lup.

After the two concerts already held in Cluj, the artists plan to take classical music to other hospitals in the country, but also to nursing homes.

Octavian Lup is one of the most brilliant cellists of his generation, being one of the top Romanian soloists who managed to establish themselves on the most important national and international stages. Winner of many competitions in Romania and abroad, Octavian Lup has performed on four continents of the world, along with big names in the field of classical music. In 2019 he got his doctorate in music and became a university lecturer at the "Gheorghe Dima" Academy of Music in Cluj-Napoca. He is also part of the National Opera orchestra in Bucharest, in parallel with his solo and pedagogical activity. He is also attracted to the art of conducting, being the conductor of the New Hope orchestra, a project he started in 2019.

About the New Hope project

The New Hope Project is a concept born from the desire to bring hope to people's hearts. An orchestra made up of the most important Romanian musicians of the young generation, recognized nationally and internationally, sets off to places where suffering people spend their days in pain. Hospitals, asylums, but also penitentiaries. The project aims to spread the message of hope through the artistic act and to leave a drop of joybehind.

About Druiete Via (Gift Life)

The Druiete Via (Gift Life) Association was founded in 2012 by Carmen Uscatu and Oana Gheorghiu, thus continuing the work started on a voluntary basis to support cancer patients and equip medical units in Romania. Since its establishment, Druiete Via (Gift Life) has changed a Ministerial Order, offered support to cancer patients in relation to the Authorities, modernized several oncology departments in the country (Brasov, Timisoara, Cluj, Bucharest), tripled Romania's transplant capacity, building 20 sterile rooms and started the most social involvement project in recent years: the construction of the First National Children's Hospital for Cancer, Serious Illness and Trauma. Currently, over 350,000 individuals and over 4,000 companies are part of the #NoiFacemUnSpital (#WeAreBuildingAHospital) community.