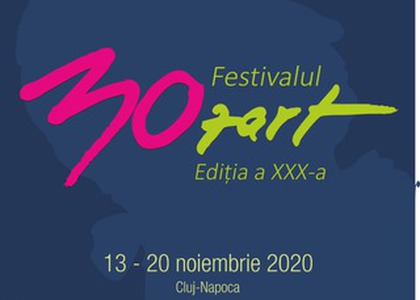 The International Mozart Festival in its 30th edition

Now in its 30th edition, the International Mozart Festival will take place online, between 13-20 November 2020. The Festival is organized by the Romanian Mozart Society, in partnership with the Hungarian Opera in Cluj-Napoca, Gheorghe Dima National Music Academy and the Transylvania State Philharmonic.

The Festival showcases a performance of Mozart's The Magic Flute at the Hungarian Opera in Cluj, as part of the Festival's 30th edition. It is directed by the renowned Tompa Gábor, a director with vast stage experience in both theatre and opera, with set design by Carmencita Brojboiu, one of the best-known scenographers in Romania, and costumes by famous designer Lucian Broscățean.

For this 30th edition, the Romanian Mozart Society will launch its new site (www.mozart-romania.ro) and will offer Mozart lovers a selection of outstanding concerts and recitals from past editions. The virtual audience will be able to watch the well-known Camerata Salzburg ensemble, one of the best chamber orchestras in the world, as well as recitals from internationally renowned performers such as Robert Levin, Seiya Ueno, Ya-Fei Chuang, Karola Theill, Cozmin Sime, Gottlieb Wallisch, Petra Somlai, Aurelia Vișovan, and concerts from musical groups such as the Arcadia Quartet or the Diletto Musicale chamber orchestra.

This year's contest is aimed at young musicologists and will award the Francisc László Prize, marking ten years since the death of the eminent professor and musicologist as well as founder of the Romanian Mozart Society.

The schedule for the Festival includes an international conference with the theme Mozart and Beethoven - historical and analytical perspectives. Among the speakers will be leading figures in the field - Robert Levin, William Kinderman, Martin Hughes, Tibor Szász, Valentina Sandu Dediu.

And so, this year's Mozart Festival includes numerous events, among which are:

Friday, 13 November: launch of the "30 Years of Mozart" platform;

announcement of the Francisc László Prize winner for the musicology contest;

the Festival opens with a performance of The Magic Flute

The concerts and recitals will be announced on the Romanian Mozart Society's site and Facebook page.

Thank you for joining us and we hope that you will feel the joy of musical discovery even in these wholly unusual circumstances.