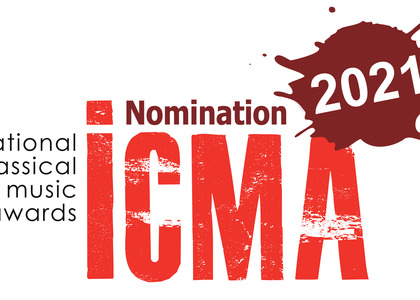 The ICMA nomination list for 2021 is available. For the 2021 awards the Jury of the International Classical Music Awards (ICMA) has nominated 365 audio and video productions from 122 labels. The list sorted by label.

To become a nomination, a production needs to be proposed by at least two jury members. With 28 nominations, Naxos comes on the first place. The label has more nominations than any other one in previous years. It is followed by Harmonia Mundi and Alpha (16 nominations), and BIS (14). Among the 21 countries listed, the leader is Germany (113 nominations) followed by France (64) and the UK (34).

The finalists will be known by December 15, and the ICMA winners will be published on 20 January 2021. The Award Ceremony and Gala concert will take place in Vaduz, Liechtenstein, on 18 April 2021, with the Sinfonieorchester Liechtenstein conducted by Yaron Traub.