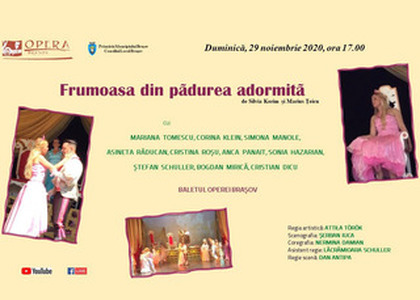 On Sunday, November 29th, 2020, from 5 P.M., the Brașov Opera House invites the little ones in front of the screens, of course, with the consent of their parents or grandparents, to watch a very beloved story: "Sleeping Beauty", on the music composed by Marius Țeicu and the screenplay written by Silvia Kerim, after the fairy tale of the same name by Charles Perrault. The show will be broadcast online, both on our Facebook page and on the official YouTube channel.

In the cast, we find the artists of the Brașov Opera:

The Brașov Opera House ballet has its contest.