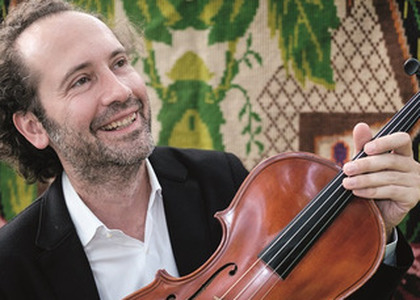 The programme, streamed on the online channels of the institution is composed of Variations on a theme by Haydn, Op. 56 by Johannes Brahms, Andante and Rondo Ungarese for viola and orchestra, Op. 35 by Carl Maria von Weber and Symphony no. 40, in G minor, KV 550 by Wolfgang Amadeus Mozart. Soloist Răzvan Popovici will be performing Romance for viola and orchestra Op. 85, in order to pay homage to composer Max Bruch (1838-1920), 100 years after his demise. "In the 20th century, Bruch's music became appreciated precisely because of those characteristics that he was blamed for at the time: breaking patterns, free expression, the musical speech based more on inspiration and less on the rules. The most significant success that Bruch achieved was the one that eventually matters the most, even for the most rigorous artists: being catchy" says musicologist Mihai Cojocaru.

The symphony orchestra of "the George Enescu" Philharmonic

Thursday, December 10th, 7PM, the Hall of the Romanian Athenaeum

Variations on a theme by Haydn, Op. 56

Romance for viola and orchestra, Op. 85

Andante and Rondo Ungarese for viola and orchestra, Op. 35

The live concert on December 10th 2020 can be listened on the online channels of the "George Enescu" Philharmonic: site (https://www.fge.org.ro/), on the Facebook page (https://www.facebook.com/filarmonica.george.enescu/) and on the YouTube channel (https://bit.ly/2wMctlw).

Radio România Muzical is the media partner of the event.

The concert will also be live on Thursday evening on the Radio România Muzical Facebook page (https://www.facebook.com/Radio-Rom%C3%A2nia-Muzical-227784404990).