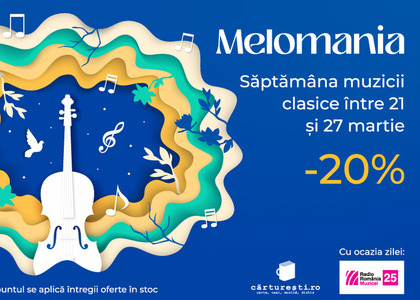 The online shop carturesti.ro celebrates Radio Romania Music's anniversary by running, for the fifth consecutive year, the Melomania Sale for its users: 20% off all the classical music discs, during the promotional period from March 21st to March 27th.

Between March 21st and March 29th, you are also invited to participate in the contests that will be held within the "Musica viva" and "Perpetuum mobile" shows, where you have the chance of winning discs offered by Cărturești.