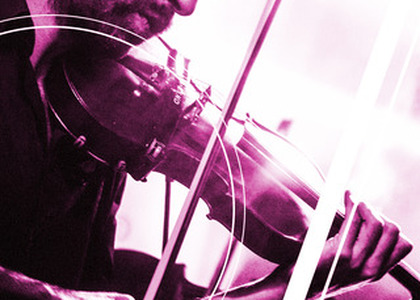 On March 24th, starting at 10.00 and until midnight, Radio România Muzical scheduled recordings of events organized during its 25-year history: from the Chopin and Lipattifestivals (1999-2000) to the events "Heirs of Romania of Music" at present, together with the messages sent by the listeners for this holiday. During this period: anniversary interviews broadcast daily, with personalities who marked the history of Radio România Muzical.

March 23rd-a concert given by the Radio Chamber Orchestra, conductor Radu Popa, together with the finalists of the competition for the scholarship "Musical Romania's Heirs", 2021 edition: soprano Aida Pascu (21 years old), percussionist Sara Gheorghe (20 years old) and pianist Dominik Ilisz (18 years). Starting with 2020, Radio România Muzical and Rotary Club Pipera organized the competition for the scholarship "Musical Romania's Heirs"; the laureates were included in the seasons of the main Romanian music institutions, as is the case with this evening of a concert that can be listened to live on Radio România Muzical and Radio România Cultural.

March 24th- recital was given by the pianist Mihai Ritivoiu within the project "Heirs of Musical Romania". At the age of 32, Mihai Ritivoiu is considered one of the most important young Romanian pianists with a relevant international career, which took him on big stages in Europe and Asia. Radio Romania Muzical initiated the project "Heirs of Romania of Music" in 2018, a co-production with Rotary Club Pipera. Under the auspices of this project, more than 20 recitals and concerts have taken place so far, two albums have been released at Casa Radio Publishing House, a first national tour has been organized and hundreds of minutes of recordings have been presented to the European Radio Union, included in radio broadcasts such as BBC Radio 3 or France Musique. The recital can be listened to live on Radio România Muzical and can be watched on the YouTube account of Radio România Muzical.

March 25th-a concert given by the National Radio Orchestra, under the baton of conductor Cristian Măcelaru, with the violinist Alexandru Tomescu soloist. The two great musicians who currently support permanent columns at Radio România Muzical, Cristian Măcelaru ("Blue Room" from 2020) and Alexandru Tomescu ("Emotional Objective" from 2018), meet in an exceptional program: Concert no. 2 for violin and orchestra by Sergei Prokofiev and Symphony V by Gustav Mahler. It is an occasion to celebrate 10 years since Cristian Măcelaru's debut on a Romanian stage: that first concert of his in Romania was held at the Radio Hall, in November 2012, together with the National Radio Orchestra, at the initiative of Radio România Muzical. Alexandru Tomescu celebrates, in 2022, 20 years as a soloist of the Radio Orchestras.

A new graphic form of the Radio Romania Music website

Starting with March 24th, the Radio România Muzical website will propose a new graphic form, friendly and in tune with current trends.

Radio România Muzical started broadcasting on March 24th, 1997. In 25 years of activity, it has established itself as one of the main cultural actors in Romania, a symbol of professionalism and value, both through its broadcasts and through its projects, mainly oriented towards the musical education of a wide audience and towards the promotion of the young values of the Romanian musical art. It can be listened to on 97.6 and 104.8 FM or online at www.romania-muzical.ro.

Tickets for the three events "Radio Romania Music Evenings - 25" are available on the network www.iabilet.ro.