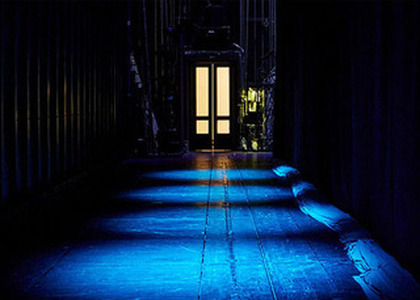 A special broadcast on the 21th of Mars at Radio România Muzical- starting with 21 o'clock, we will be listening together to the premiere of a new production of Wozzeck by Alban Berg. Montage signed by Simon Stone on the stage of Vienna State Opera.

The main character will be played by the baritone Christian Gerhaher,who interpreted this score by Berg in 2015 as well, at Zurich Opera House (this remarkable award-winning show is also available on DVD, which was published in 2016). Then the famous baritone played under the direction of Andreas Homoki and conducted by Fabio Luisi. This time, Gerhaher will star in Vienna in a production imagined by Simon Stone, the musical direction being ensured by the conductor Philippe Jordan.

Alongside Christian Gerhaher, in the opera based on an excerpt from a drama by Georg Buchner, the soprano Anja Kampe will also be starring in the role of Marie. The German-Italian singer is no stranger to this grand atonal opera; she sang the part of Wozzeck's lover in 2020 as well, at the Bavarian State Opera in Munchen, directed by Andreas Kriegenburg with Vladimir Jurowski as conductor, Wozzeck being interpreted back then by Simon Keenlyside.

In Vienna, the Ukrainian bass Dmitri Belosselski will be starring as Doctor, the American tenor of Srilankan origins Sean Panikkar as Drum Major and the tenor Jorg Schneider in the role of Captain. The tenor Josh Lovell will be Andres and the mezzo-soprano Christina Bock will be playing Margaret. The soloists will be accompanied by the Vienna State Opera.

Wozzeck by Alban Berg is the story of a troubled man who, assailed by visions and fears, is ridiculed and tortured by society, which pushes him first towards murder and then toward an early dead. Wozzeck the soldier lives in a world that he cannot decipher: the doctor is torturing him with absurd medical experiments. The Captain humiliates and ridicules him. And Wozzeck's girlfriend, Marie, with whom he has a child, cheats on him with Drum Major. Wozzeck becomes a criminal when he stabs Marie. Wozzeck is mix of psychological analysis, social call-out and a very personal artistic expression: " The first model of real humanism in music" , as Theodor Adorno put it into words.

When Berg saw Buchner's play at a theater in Vienna in 1914, he quickly decided to use this expressionist subject in his music. However- the work on the score-which was interrupted, among other things, by the First World War-dragged on. It was not until 1925 that Wozzeck premiered in Berlin, under the baton of Erich Kleiber, followed, five years later, by the first representation at the Vienna state Opera, conducted by Clemens Krauss. The opera has rapidly entered the repertoire of important institutions (up until it was banned by the national-socialists). The fact that Wozzeck has been included in the series of premieres for the reopening of Vienna State Opera in 1955, goes to show the exceptional character of the creation.

Why does Philippe Jordan, the musical director of the Viennese Opera and the conductor of this production, believe that Berg's score is extremely valuable? " What makes Alban Berg one the greatest opera composers of the XX century is his fascinating talent for the stage and his incredible theatrical thinking. Not only with regard to staging a text, but also with regard to his sense for developing and structure. He knew, and above all with a musical vocabulary that was new at the time and that was disturbing for many, that a precise architecture is necessary to properly light up the abyss of musical drama and to offer the public a way to orient on a musical map. By using older historical forms- similarly to Benjamin Britten-Berg managed to build a formal environment that maybe the public didn't understand the first time they've heard it, but that they've always felt. At the same time, he has opened more profound emotional areas of the soul in his wonderful instrumental interludes, that reveal the interior mechanisms of the characters and renders them more clear, more emotional and more powerful."-official statement, published on the web-site of the Opera.