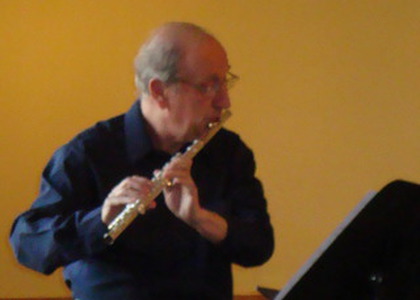 About music and life with ... the flutist Gavril Costea

The flutist Gavril Costea responded very kindly to the invitation to entrust the memory of the radio with thoughts and memories, especially related to the musical universe in which he has always shaped his career. The prestige of this Transylvanian artist whose biography has already gathered 83 years is long established in the landscape of Romanian musical life, because his concert activity started very early and the "dowry" of his discography is impressive; on the other hand, in over half a century of pedagogical career at the Conservatory, at the Academy of Music in Cluj, professor Gavril Costea "guided", chiseled generations of flutists who later became holders in many of the artistic or pedagogical institutions from all around the country..Dozens of Romanian scores had his imprint at the first audition, many of them being dedicated to him

Words "About Music and Life" (modestly uttered by a Transylvanian of a few words) and (especially) MUSIC interpreted by an artist whose interpretive eloquence has always conquered, regardless of the compositional style approached, from the Baroque repertoire to the contemporary one…