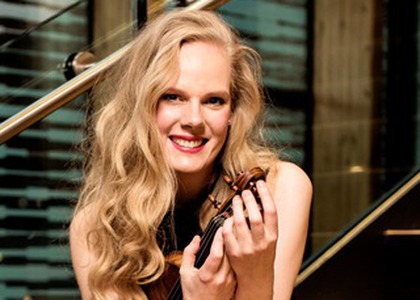 On the evening of the Annunciation, we are inviting you to the concert performed by the Orchestra of "Santa Cecilia" Academy in Rome at the "Parcod ella Musica" Auditorium in Rome, which Radio România Muzical will take over in a live broadcast.

This will be a program dedicated exclusively to English music. At the rostrum will be Sir Antonio Pappano, famous for his performances in both symphonic and opera repertoire. He has been conducting the Royal Opera House "Covent Garden" since 2002, then in 2005, he has linked his career with the Orchestra of the "Santa Cecilia" Academy in Rome.

This well-known Italian orchestra has improved its performance since the beginning of its collaboration with Antonio Pappano, it has built an international reputation, and attended renowned festivals, such as "BBC Proms" in London, "White Nights "from St. Petersburg, the Lucerne and Salzburg Festivals. It has toured in Europe, the USA and Japan.

The program proposed by Antonio Pappano includes Fantasy by Ralph Vaughan Williams in the first part, on a theme by Thomas Tallis and Concerto op. 15 for violin and orchestra by Benjamin Britten. The soloist will be Simone Lamsma, a Dutch violinist known to the Romanian public since 2017 when she participated for the first time in a concert at the "George Enescu" International Festival with the "Les Siècles" ensemble, led by Francois Xavier-Roth. She owns an impressive concert repertoire that includes over 60 concerts by various authors. Simone Lamsma performs works from all eras and contemporary music to the same extent.

In the second part of the concert on Friday, March 25th, from 9.30 pm you will be able to listen to Variations op. 36 "Enigma" by Edward Elgar.