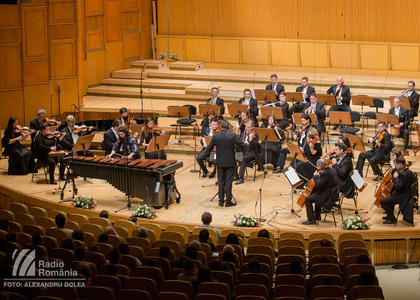 Last night, at the Radio Hall, the first concert in the series dedicated to the 25th anniversary of the Radio România Muzical station took place on air. Protagonists - finalists of the "The Heirs of Musical Romania" scholarship, 2021 edition: soprano Aida Pascu, percussionist Sara Gheorghe and pianist Dominik Ilisz. They were joined by the Radio Chamber Orchestra conducted by conductor Radu Popa.

The first concert dedicated to the 25th anniversary since Radio România Muzical exists for you, our listeners, brought you three young musicians, finalists of the "The Heirs of Musical Romania" scholarship, a competition organized by our station together with Rotary Club Pipera . It turned out to be an exceptional evening, opened by the percussionist Sara Gheorghe, a student of the Academy of Music and Arts in Vienna. The young musician chose a series of arrangements for marimbaphone and orchestra of famous works by Isaac Albeniz, Astor Piazzolla or Grigoraş Dinicu, among others. Sara Gheorghe's wish to highlight the marimbaphone, an instrument with a velvety sound, conferred by the warmth of wood, capable of playing lyrical phrases, but also rhythmic, was fulfilled due to her virtuosity and interpretive grace with which she conquered the audience.

Then it was the turn of soprano Aida Pascu- a fourth-year student at the National University of Music in Bucharest- to impress the audience. Pascu successfully performed several arias from works by Georg Friedrich Händel and Wolfgang Amadeus Mozart. A truly special voice, already mature, with an equality between registers and a full timbre, of lyrical soprano. If I add the right intonation, as well as a pleasant stage presence, I can say that she will have a successful career.

The second part of the evening went to the pianist Dominik Ilisz, a 12th grade student at the High School of Arts in Oradea, but also a student of the Faculty of Music in Debrecen. An elegant presence, Dominik Ilisz enchanted us his own enchanting version of the imposing Concert no. 3 op. 37 in C minor for piano and orchestra by Ludwig van Beethoven. The two parts in allegro were rendered by a brilliant interpretation, due to a very good technique, with a brilliant sound, the passages of virtuosity flawlessly traversed and a clear highlighting of the sound plans. For the slow part, Dominik Ilisz showed us that at the age of 18 he can approach the Beethoven pages with maturity, with a meditative, lyrical, even introspective attitude.

The three young people were joined by the experienced Radio Chamber Orchestra, a valuable partner, who evolved under the baton of a constant and appreciated collaborator of the ensemble - the conductor Radu Popa; an inspired choice to conduct this special concert, brilliantly completed.

It was a wonderful evening for the spectators present at the Radio Hall:

- It was an evening where we discovered new artists and an orchestra that delights us every time. A joy to be back in the concert halls after so long and an incredible acoustics of the hall. I just got carried away by the music and felt like I was floating at some point, at the end of the concert. I wish it had lasted longer and I hope to return soon!

At the end of the concert, the conductor Radu Popa confessed to us:

- Collaborating with young musicians is always a pleasure, because the desire for freshness returns, being with them on stage. I enjoyed the presence of some special young people this week: a young percussionist, with whom I had a special program, a young soprano, to whom I foresee a bright future and the concert ended with a remarkable solo presence, especially for his age, the pianist who sang Concerto no. 3 of Beethoven. 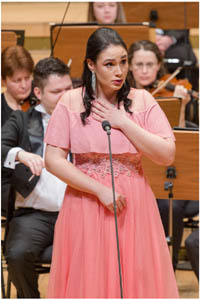 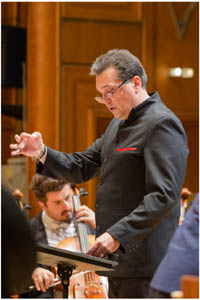 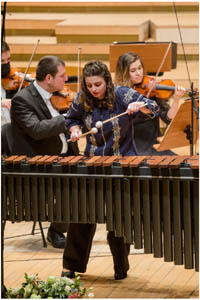 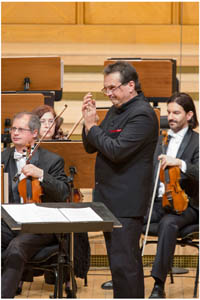 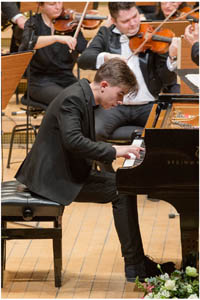 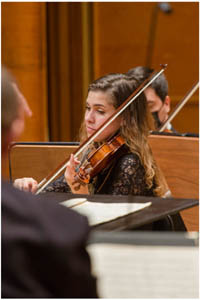