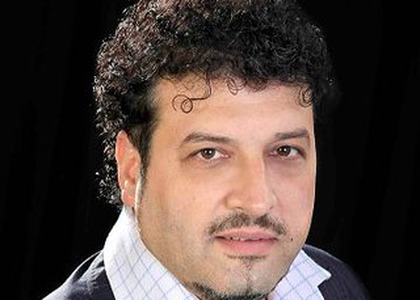 Verdi’s Stiffelio at the Opera in Reference Interpretations

A rarity, Verdi's Stiffelio on the Sunday, March 27th2022 edition of Opera in Reference Interpretations

For the March 27th 2022 edition of Opera in Interpretation we have prepared a recording of an opera night which took place on the Radio Stage in 2007. We recommend that we listen to one of Giuseppe Verdi's least known creations - Stiffelio. This piece was chosen back the by Radio România Muzical to open the Bucharest, City of Music Festival on January 19th 2007. In the leading roles of the concert performance - Bulgarian tenor Kamen Chanev playing Stiffelio, Brazilian soprano Eliano Coelho playing Lina, baritone Eduard Tumagian playing Stankar. The opera premiered in Romania and the evening was picked up by many members of the European Radio Union - Stiffelio in Bucharest could, therefore, be listened to in countries such as Austria, Switzerland, Spain, Sweden, Portugal, Ireland, Poland and Denmark among others.

The first ever premier of Stiffelio took place at the Teatro Grande in Trieste on November 16th 1850. Then, the piece was quickly eliminated from the 19th Century stages because the subject lacked popularity and many censorship obstacles arose. After completing his opera Luisa Miller which premiered in December 1849, Verdi immediately began searching for a new subject. The choice wasn't easy, as many possible options got cancelled after a thorough analysis. The composer ultimately picked Stiffelio, based on the play Le Pasteur, our l'Evagile et le Foyer belonging to French playwrights Emile Souvestre and Eugene Bourgeois, and which had been sent to stage in Paris in February 1848. The subject covers the moral dilemma of a protestant priest in a asasverian sect (invented by the author) who finds out he had been betrayed by his wife and goes back and forth between the thirst for revenge and the spiritual duty to forgive.

How was this Radio România production received in Bucharest? Musicologist Anca Florea writes: The festival debuted with a bang with Verdi's Stiffelio, a kingdom of beautiful voices on extremely difficult pages, in the company of the National Radio Orchestra who, likes the choir (impeccably trained by Dan Mihai Goia), outdid themselves, sounding homogenous, bright, sumptuous at times under the Bulgarian conductor Nayden Todorov's baton. And we were mesmerised by the dimensions of the Brazilian soprano Eliane Coelho's voice, its metallic timbre and the confident sound of Bulgarian tenor Kamen Chanev, the velvety voice of baritone Eduard Tumagian who performed next to mezzosoprana Oana Andra, tenor Calin Bratescu of the same professionalism in a cast completed by tenor Valentin Racoveanu and bass Emanuel Ion. The late Anca Florea went on in the same January 25th 2007 article in Observatorul cultural: The audience's enthusiasm confirmed, if there was even any need, the success which lyrical scores enjoy in concert, as they benefit from artists whose value ensured the dramatic density of the performance, challenging the entire ensemble to join in at the same level - to the delight of any lover of beauty. And so, the minifestival opened with an evening deserving of any world stage, which, surely, foreign radio listeners with also notice as they discover that Bucharest also has universal artists and elite Romanian musicians, would add Anca Florea.

Bulgarian tenor Kamen Chanevin the leading role is a graduate of Sofia's Music Academy and Boris Christoff's refresher courses at the Santa Cecilia Academy in Rome through which he was already amongst various European lyrical scenes, performing roles in operas by Mozart, Donizetti, Verdi and Puccini.

Bulgarian tenor Kamen Chanev has obvious merits for Stiffelio, and they belong to his vocal qualities, the confidence of his high notes ensuring ongoing success. Even though the lightness of the melody and the extroversion of the sound discourse do not resemble the usual Verdi compositions, its presence was welcome in this concert - considered musicologist Grigore Constantinescuin a January 20th 2007 article. In the case of the leading female role, he continued, soprano Eliane Coelho's comeback on the Romanian stage was absolutely convincing. The artist, who has begun her career in front of the Romanian public long ago, still maintains the quality of her voice which she handles masterfully - an instrument of obvious expressiveness in elaborating and communicating the composer's intentions. We think that a lesson in Verdi's style and professionalism in phraseology and diction belongs to the baritone Eduard Tumagian whom melomaniacs always await and receive with great and well-deserved appreciation. Choosing the grave voice of the main quartet, though, isn't a pleasing solution, as the three participants in secondary roles have had inputs of varying importance and quality. Mezzosoprano Oana Andra and tenor Calin Bratescu have stood out with their performance of the few phrases on the score, adds musicologist Grigore Constantinescu.

Musicologist Daniela Caraman Fotea, who was also present at Radio Hall for this event, noted in a February 1st 2007 piece (the chronicle is now available on the National Patrimony Institute page): Strong entrance with Verdi's Stiffelio: a very little known opus, a score lost after its 1850 premiere and found 110 years later at the Napoli Conservatory, presented in 1993 at Covent Garden and in 1997 at the Metropolitan.

A concert performance of Verdi's opera is the optimal solution for its static plot which lacks conflict. However, the music is pleasant, the language is evolved, the connections with Aida and Rigoletto - obvious. Chanev, with a flair for high notes, stands out in its duets with Coehlo, a weighty voice with sensitive lineage and equal registers - a very bright, temperamental high register. The hero of the evening was undoubtedly Eduard Tumagian who received a standing ovation, especially at the Act 3 Aria Ei, Fugge! It is an echo of the performances which have earned him international praise: perfect diction and rhythm, the passion of his discourse etc. What especially impressed me from that evening's performance was his subtlety in creating vocal colour with almost every word. A rare quality. The National Orchestra - very precise, the Academic Choir - impeccable. I was interested to head for the first (and probably last) time such a rare score, concluded Daniela Caraman Fotea.

The production of Verdi's opera Stiffelio can be heard of Sunday, March 27th at 9PM.