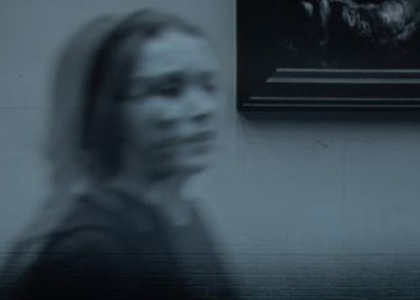 This is my first meeting with the La Monnaie / De Munt theatre in Brussels. I visited the Belgian capital many times but never had the opportunity to cross its threshold. I knew, of course, the international reputation of a major opera house of importance in the European context. The experience of Puccini's work The Triptych fully confirmed this status ...

There are not many scenes that offer this unique and original creation of the Italian composer: three works in one act, closed scores, joined by the express will of the author in a show called opera and entitled The Triptych / Il Trittico. Most often it can be seen, in other combinations, the third act, the comic opera Gianni Schicchi; less often, The Mantle / Il Tabarro and very rarely Sister Angelica / Suor Angelica. Presented together in one evening, the three works put the audience to the test: a long, four-hour show in which the topics covered - apart for Gianni Schicchi - are complicated and difficult; an adultery that ends in a murder and a desperate suicide within the walls of a monastery. In the form of a three-act opera, as presented at the 1918 premiere on stage at the Metropolitan Opera in New York, Puccini's Triptych was rarely presented to the public. Even more daring, valuable and admirable was the initiative of the Brussels Opera House. For, above all, the Triptych remains a masterpiece laid out on paper by a brilliant composer.

In the show I attended on the evening of March 26th, the en titre conductor was replaced by his assistant, Ouri Bronchti, who took Alain Altinoglu's vision with a wand, strongly marking the tragic moments, performing the lyrical cantilenas extensively and giving the right attention to the details of orchestral writing, assisted by one of the best orchestra.

Il Tabarro / The Mantle is the story of an adulteress whom the cheated husband punishes with murder. Sister Angelica is a tormented soul who atone for her sin - a bastard child - within the walls of a monastery and who finds no other life-saving deliverance than suicide. The third act of the opera is a frothy comedy in which the main character, Gianni Schicchi, taking advantage of the naivety and especially the greed of dissatisfied heirs, manages to obtainthe biggest part of a fortune, which makes possible the marriage of two young people, who love each other sincerely and purely. Three different stories, a harsh tragedy, a tearful melodrama and a cheerful but cruel prank! It was a difficult task for director Tobias Kratzer, who was faced with only two options: to treat each part separately, unrelated to the others, as a closed universe, or to find a red thread to somehow unite the three works into one act. Puccini himself wanted them united in a work of his own, which he suggestively called the Triptych. Ingenious and inventive, the director opted for the second option. Discreet elements, details that are sometimes difficult to notice, really manage to connect the whole. The help of the set designer and costume designer Rainer Sellmaier was essential.

The action in the Mantle takes place on a barge. The stage space is divided into four parts: the deck, the captain's cabin, the shed and the quay, a cold setting, in black and white, except for a bloody sky that suggests a threatening sunset. I confess, I needed to read the director's interview to associate this setting with a page of comics, a very important detail for the unit of the Triptych. I noticed, however, that Gianni Schicchi's work was being broadcast on a television screen in the commander's cabin. In fact, it wasn't really opera, because the images suggested a reality show, with deliberately thickened contours. The comics are then found in a forbidden publication that the nuns in the convent where Sister Angelica is locked up, hide her between the folds of her wide cassocks and which they browse with interest, when they are alone. We must not miss the fact that both Giorgetta, the captain's adulterous wife and his sister Angelica, lost a child, a tragedy that strongly marked their entire existence. For Gianni Schicchi, the director imagined a prologue in which, before he died, the old man Buoso Donati listened to a fragment of Sister Angelica. And so, the circle closes.

I was especially impressed by the ingenuity, novelty, and delicate beauty of the stage version that the director and set designer chose for the second act of the Triptych, namely Sister Angelica. An empty scene but in the background, a huge screen on which the real movement of the characters continues in a black and white film. An exit from the stage, for example, is naturally continued by the road to the church. The film also allows access to the cells, where we witness scenes and actions that the nuns can only afford in absolute privacy. The balance between real and unreal is perfectand the whole thing turns into a real work of art that I applauded with delight.

I also found interestingthe idea, which was announced in the first act and confirmed in the third, for Gianni Schicchi's work to be presented as a reality show after the model of those we have the opportunity to watch daily on TV screens. Once I accepted the idea, I understood the brutal play of the singers, far too many gestures, that impression that everyone pretends to play an imposed role and I even explained - for the opera - the surprising scene in which all the relatives, in brief and screaming bathing suites, gather in a huge mountain of foam, in which they play outrageously. Undoubtedly, from a directorial and scenic point of view, this Triptych proposed by the La Monnaie Opera House marks an important moment in the history of the play, a vision that deserves to be studied and appreciated, without reservations. And I intend to take a closer look at director Tobias Kratzer, certified as an exceptional artist of several international awards, including the one at the International Ring Award Competition in Graz, the Faust Award for Best Opera Director for Wagner's Twilight of the Gods by in Karlsruhe, collaborator of the Lyon Opera, Nice, Frankfurt Deutsche Oper Berlin, Royal Opera House in London and Opéra Bastille in Paris

For this show, the Brussels theatre selected top singers who excelled in their performances. The connection between the acts is also ensured by the distribution of the same singer in several roles. Thus, bass-baritone Péter Kálmán gives voice and life to the cruel captain Michele and Gianni Schicchi and the soprano, Lianna Haroutounian is, in turn, the unhappy Giorgetta and the desperate Angelica, and the tenor Adam Smith is the reckless lover Luigi and the happy future husband, Rinuccio. Only three words of praise for all three artists. The same goes for the rest of the distributions of the three works.

I was surprised to see, in the hall, some children who attended a show not exactly suitable for their age. But I understoodtheir presence the next day when, at a Mozart-The Magic Flute concert for children and young people, the hall was packed. Seriously and responsibly, the La Monnaie Theater in Brussels assures its audience of tomorrow.

The Triptych by Giacomo Puccini

The Grand Choir, the Children's Choir and the LA MONNAIE Theatre Orchestra

LA MONNAIE production with the support of the National Lottery. Co-production with Shelter Prod and Prospero MM Productions, supported by Taxshelter.be, ING and the Belgian Federal Government