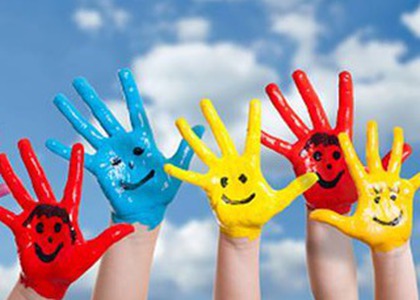 The history of this day dedicated to childhood began in the middle of the XIX century, in 1857, when a special event for children was held in Massachusetts. Then that day was called Rose Day, later Palm Sunday and then Children's Day. Over many years, more precisely in August 1925, Children's Day was first mentioned in Geneva, at the World Conference for the Protection and Welfare of Children. That year, the 54 representatives from different countries also adopted the Declaration for Child Protection. At the initiative of the International Union for child welfare in Geneva, in October 1953, the International Children's Day was celebrated for the first time in the world.

June 1st symbolically represents the day when we all become children again. There is no age limit, because each of us, is allowed and needs to feel child again. On this day, surely, each of us remembers the beautiful moments of childhood. It is a special day of celebration, in which in the foreground are some essential elements of life: innocence, purity, tenderness, generosity and love. In other words, June 1st is the day when the miracle of birth, the miracle of purity, but also the return to innocence is celebrated!

On June 1st, more than ever, the words of some personalities fit, such as:

Lucian Blaga: "Childhood is the heart of all ages", Eugen Ionesco: "Childhood is a world of miracles and wonder of creation bathed in light, coming out of darkness, exceedingly new and fresh and breathtaking", Constantin Brancusi: "When you stopped being a child, you died long ago", Francesco Orestano: "Childhood is the stream of water that springs clearly and cleanly from the depths of the being and to which mankind runs ceaselessly to quench the thirst of its ideals of love, of kindness, of beauty, of perfection" and Henry Ward Beecher: "Children are the hands with which we catch heaven."

It can be said that one of the most beautiful periods in everyone's life is childhood, that wonderful world, in which everything is possible, in which they meet harmoniously, innocence, naivety, purity, happiness, joy, fantasy but also ... music. Because beyond the colorful balloons, sweets, games and entertainments, there is also something to ennoble the soul. And what could be closer, if not the music? Another realm full of emotion and fantasy!

At this great celebration, of the child, radio România Muzical also participates, through the special programs, in which anyone can find their... sound preferences related to childhood! Thus:

- at Musica viva, from7:20 a.m., Liviu Petu prepared some sound surprises from the Romanian repertoire dedicated to children, but also with an educational role through the special rubles of some composer's childhoods;

- at Polyphons, from 1:25 p.m., Sorina Bobeico invites you into the world of fairy tales and stories through universal and Romanian opposites, having among the representatives the members of the Radio Children's Choir;

- at 5-star concerts, from 3:30 p.m., Ana Voinescu proposes you a foray into the fascinating universe of films and musicals accompanied by the famous violinist Daniel Hope and his guests;

- and at The European scene, from 9:00 p.m., Children's Day is celebrated with a smile offered over time by the one who was Charlie Chaplin, but also by a meeting with other beloved characters, among whom is the immortal James Bond!

Be on the front desk and enjoy your childhood, accompanied by so many sound gifts!