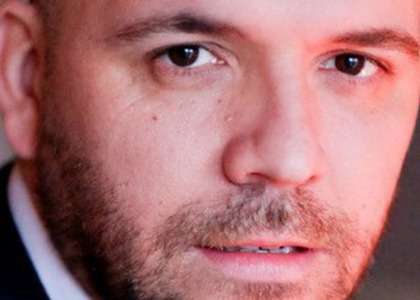 "Muzică pe pâine" - About the Beauty of Classical Music project, organized by the Kitharalogos Cultural Association and co-funded by AFCN, offers a series of concerts-conferences on "how to listen to music?".

Between April-May and October-November 2022, the Suțu Palace will host a series of eight concert-conferences, entitled "Muzică pe pâine" about the Beauty of Classical Music. Mr. Cristian Lupeș, the concert-conference that you will hold is called Radical from. How did you come up with the presentation to answer the conference question, How do we listen to music?

I've always told myself that music is not made for musicians, paradoxical as it may seem. We musicians are the ones who produce the phenomenon with quite a lot of involvement, which extends over a very long period of our lives. Some of us start at a very, very young age and continue to school, high school, university and go to after school. What is certain is that the emotion and the intellectual and mental involvement in the musical act differ. One is for the professional musician and otherwise it is felt by the general public. We also know very well that musicians often say: "Ah, what I would like to be able to listen to again, I don't know what work, in a concert, with my ears from then, since I wasn't so professional". We analyse, we study, we repeat. All these things somehow change our perception in a direction in which it is absolutely mandatory to be, to exist, that of the musical technical areas. So what do we do when someone asks us something about a piece of music? Where is the truth we all seek? So, the musician is the surgeon who goes inside this fascinating musical organism. What about others? How do we get, on the one hand, to show them the inside of this organism, while at the same time managing to maintain this ineffable area of ​​understanding music, and not only music, art in general. Art needs the ineffable. How we manage to further define music as a component of the artistic area, but not forgetting the fact that the ancient Greeks and Pythagoras claimed that music is part, along with physics, mathematics and metaphysics in the exact sciences. These are questions that I try to raise, I try to challenge the audience with them, and then we look at what a pseudo-analysis of a work would look like, from the performer's imagination to the analysis of the same performer, a musical work. We can imagine the analysis of a Bach Fugue and when we talk about the profile of a Fugue theme, we can define it as a very strong and recognizable personality, easy to replicate or we reach the whole universe that Enescu creates in certain works and here I could refer to "Octuor" and between the two composers, there are already famous parallels between Bach and Enescu. So, somewhere in this area I will try to lead the musical discourse, in a metaphorical title "Radical from A". What is behind this symbol of music, which is, after all, a landmark of tuning.

When will the audience be able to watch you at the Bread Music event?

The conference will take place on Wednesday, May 11th, at 19.00, at the Suțu Palace, in Bucharest and will also be broadcast online.