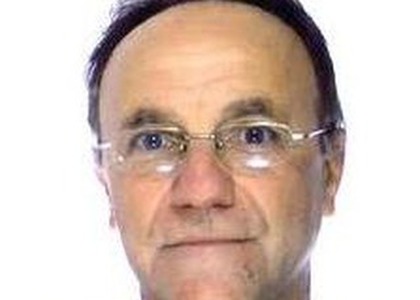 A new concert is taking place on the stage of the Radio Hall during the International New Music Week. The program of the event will include listening to the first part of the "Luceafărul" Oratorio by Andrei Tănăsescu, performed by the National Radio Orchestra, under the baton of Mihail Agafița.

This work was created after winning a competition of commissions, organized by the Union of Romanian Composers; Following this competition that I won, I had to compose this work that I proposed. I have to thank the Composers' Union for the trust given, given that time was limited, only two years of finishing the score, with orchestration, all. I managed to finish on time and in this way, this work, which is an older dream of mine, was able to materialize. Now I am very happy that it can be interpreted. Think about it: a work of this size, a three-part oratorio is very difficult to sing and I am honored by it.

I, at one point, due to the work on the reduction of the work Oedipus by George Enescu, which took me a long time, because it was a very difficult thing to do, a new reduction for piano, a Romanian reduction. In fact, it also has the Romanian text. A replica of the old French reduction, which took me a long time, I neglected a lot of those compositions and, when I resumed my activity, I still said to try something more special. Fascinated, of course, by Eminescu's lyrics, on the one hand, on the other hand, the post-romantic subject, which somewhere merges with my aesthetics, I said it would be a very good idea.

Of course, the dream remained more of a dream, because more than a few sketches ... I couldn't go on, because other professional obligations arose, but I had to tell you once again, good luck with this order, which put me to work and in the end, forced and on time, I tried to get as close as possible to the musicality and rhythm of Eminescu's lyrics, which are in a very large palette treated, from famous romances, Among the poplars without a husband, at famous choirs, Sleepy Birds, for example; classical works, such as the work Luceafărul by Nicolae Bretan, extraordinary avant-garde works such as the masterpiece of master Anatol Vieru, Symphony V, on the lyrics of Glossa, which is a gigantic work and I sought to position myself among avant-garde music and traditional music, so as not to make the Eminescu verse too abrupt, to keep it; but still not to be in a much too classic area, to be a pastiche, so to speak. I don't know to what extent I managed to combine the gains of the music of the 20th century, compared to the romantic music, Eminescu's lyrics are lyrics of a romantic era, right?; And then of course at that time, music was romantic music, but I was looking for something to compose in the twentieth century, well, certainly in the twenty-first century, but we are in the aesthetics of the twentieth century. We have not gone beyond the broad outlines of the twentieth century to the present day.