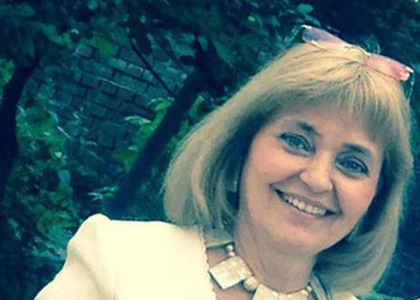 Interview with Venera Babes, the director of the Dinu Lipatti National High School

The Dinu Lipatti National High School of Bucharest presents on Monday, the 30th of May, at 11:00, on the stage of the Radio Hall, the concert of this year's graduates. A symphonic concert conducted by Andrei Stefan Racu, in whichthesoloistswillbestudents, winners of the specilization olympics who already have a concert career.

The concert of this year's graduates of the Dinu Lipatti National High School will take place at the Radio Hall. First of all, please tell us a bit about the significance of the concerts that you organize periodically on the most important stages of the capital. How important are they to you, as organizer, as well as for the public?

The concerts and the stage appearances of our students are important because they come to this art school exactly to be able to go on stage and get used to the atmosphere and the stage emotions. Our March concert is already a tradition. We organize it on Lipatti's birthday, around the 19th of March, at the Romanian Athenaeum. We've successfully organized this concert for 12 or 13 years, with the support of the Romania Athenaeum, of course. It is the representative concert of our school, of the Dinu Lipatti National High School. But besides this concert, I'll name now the freshest ones: as a novelty in concert organization, on the stage of the Opereta, we had a show called "Summer dream", after Shakespear's "A Midsummer Night's Dream". It was a concert in which the Art of acting students, the Jazz and pop musicstudents made this special show for us. It is the first time that our high school organizes such an event.

These graduate concerts, we organise theme very year on different stages in Bucharest. We try to get students out of ourschool, out of our stage, where we make our experience. Now, our last concert will be on the Radio Hall stage. We thank you for all the support and for promoting these children and encouraging them! The class of 2022 concert will take place on Monday, the 30th of May, at 11:00 o'clock. The conductor will be Andrei Racu and there will be 7 soloists of this class; some very special students. Maybe the term students is out dated for them. They are young people with great musical experience, with performances that have been certified in various competitions, and recitals...I can say that the soloists playing on Monday are winners of the first prize this year, which is something special, remarkable.

I would like you to name them. I know that among them is the violinist, Sofia Blându, that has just entered the semifinals of the "George Enescu" International Competition.

There is one more special thing about this graduate concert

I'm guessing that is the violin concert, composed and interpreted by Ștefan Aprodu!

Exactly. He is a very special young man. Ștefan Aprodu is already a graduate of a composition university from Norway, and we had the courage to present his work on stage. Ștefan Aprodu has participated as well in the Enescu Competition and we'll have the results in a few days. We hope that he will be a semifinalist as well. They are children who devoted themselves to music, which involves all sort of activities.

Ed.-Shortly after the recording of the interview, the list of the violinists who entered the semifinal of the "George Enescu" International Competition was published. Ștefan Aprodu is one of the 12 semifinalists.