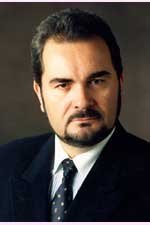 The Opera and Operetta Festival – Timişoara

The festival's 6th edition took place between the 26th and the 29th of August 2010 in Rose Park, Timişoara. The Opera and Operetta Festival was organized by the city's lyric institution.

"It was the festival's 6th edition in Rose Park and we programmed five pieces: Bizet's "Carmen", Lehár's "Merry Widow". Saturday evening, we invited a ballet ensemble from Austria to dance Viennese waltz. Sunday, at 12pm, there was a morning show - "Puss in Boots", and at the end of the festival - Sunday evening - we offered "My Fair Lady".

Besides the Austrian gests, the festival also invited the members of the Opera Ensemble of Timişoara, accompanied by tenor Marius Vlad Budoiu, playing the role of "Don Jose" in "Carmen". All performances were conducted by maestro Vlad Dumănescu.

It is a festival that has been popular here in Timişoara for several years now and the people attending it are numerous; each night 2500-3000 spectators attended the concerts. The festival is organized by both the city's Opera and municipality.
Statement taken by: Larisa Clempuş
Translated by Andra Stroe
MA Student, MTTLC, Bucharest University
Return to archived Interviews