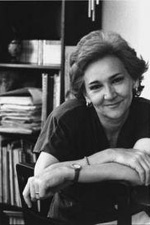 A new edition of the Warsaw Musical Autumn Festival takes place in the Polish capital between September 17th and 25th 2010. On Sunday, September 19th, on the third day of the event, the presentation of the work 'One-angled angel' signed by Doina Rotaru is scheduled.

Further details regarding this festival and the Romanian composer's presence on its stage, in the following interview:

Yes, it is the 53rd edition of the Warsaw Musical Autumn Festival, it is a somewhat original edition because this year is dedicated to keyboards - and I would say it is not in disagreement with Frédéric Chopin's anniversary, because Chopin is also suggested, sometimes even quoted, particularly in the works written.

A traditional manifestation, with Romanian prestige representatives over the years…

It is an important festival that over time had guests such as Aurel Stroe, Ştefan Niculescu and Octavian Nemescu - thus resonant names in Romanian music. It takes place between September 17th and 25th - there are not as many concerts as usual (I can give you an example - mister Octavian Nemescu had an order for this year, he wrote a new work, but he was told that it would be sung only next year because of the sponsorship issues the festival faces) so they have problems like anybody else.

But, beyond it, they have many symphonic concerts, some prestigious assemblies are invited (like 'Les Percussions de Strasbourg' or 'Oslo Sinfonietta'), distinguished interpreters and many important composers - I would say - from the generation who is 70 years old now and younger generations (I refer to important names in Polish music such as Krauze, Sikorski but also Kagel, Louis Andriessen, to a young but very talented Japanese composer named Misato Moshizuki). These important names had the honour to be requested to write some works especially for this festival.

I was lucky to be scheduled for a concert in Romania together with Mister Tadeusz Wielecki, who liked one of my works so much that he asked afterwards the 'Profil' Ensamble to play it, 2 years ago; he told me he very much wanted me to write something for the festival and of course my first thought was the flute! It is an old thought, but it has been haunting me so I could not get rid of it.

I confess I wrote this time for a flautist who may be the best in the world today, Mario Caroli, whom I particularly admire. He is a young man, he is 36 year old and he learned to play the flute in a few years only (when he was 14-19 years old he did as much as another in 15 years probably - so he finished all flute studies in 5 years), he has an extraordinary talent and a huge pleasure to play contemporary creations, but no only! He plays it so convincingly that he stirs up the concert halls with 'bravo' ovations (which is extraordinary for the contemporary authors)!

You chose a special title for this score...

'One-angled angel' is in fact a metaphor, a metaphor of the contemporary artist and...perhaps I thought first, at the contemporary Romanian artists, at the Romanian contemporary creators who are somewhat between earth and sky, they try to give their best throughout life, to give people only joy, love, light through what they feel and do, generally, very little esteemed, unfortunately, sometimes even humiliated. On the other hand, I had a source of inspiration in Marquez's novel 'A very old man, with enormous wings' - a tragic novel about a captive angel - but who, fortunately, by the end of the novel gets to rise. And in my work, this rising towards the light, towards beauty intends to send the same idea to the writer, but also because for me, the flute is the instrument that communicates the best with another world and succeeds in embodying pain but also beauty and prayer.