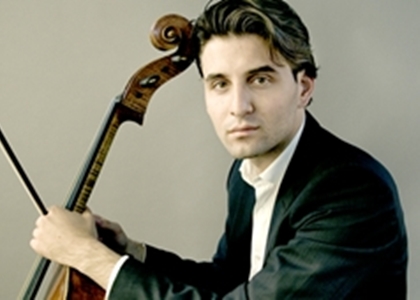 Interview with the Cellist Valentin Răduţiu

Mister Valentin Răduțiu, we are preparing for the end of a new edition of the George Enescu International Competition here in Bucharest. In this period you have also participated to the famous ARD Competition in Germany, in Munich, taking into consideration the experience you had in 2011 in the George Enescu competition and the one you had now. In this context, of the European musical life, how do you think the Bucharest contest in rated?

Every contest has a different profile and therefore I don’t think that one has to be compared to the other. The ‘George Enescu’ competition is a special one in all respects and I believe this is the case even outside the music branch. Perhaps for many young musicians who come to this competition it is special because of the city in which it takes place. It is therefore a metropolis with a unique charm and savour in Europe and I would say that everything is in a way more impressive, maybe for a cellist who comes from Korea to see Bucharest. I believe, as Romanians, we can be proud of this competition which is part of the Enescu festival. This is, in fact, perhaps the most special criterion of this contest.

This year also, for every section in the ‘George Enescu’ competition, a work from the composer’s creation was included and I am asking you whether that was perhaps a gate to the comprisal of the Romanian’s composer creation in the repertoire of interpreters all over the world, with particular reference to chamber music works?

Yes, of course. Definitely. This request must always be pursued or at least I hope this will always happen. The contestants must also interpret one of Enescu’s works.

As a matter of fact, you are the first who recorded the complete  cello and piano sonatas by George Enescu, including the Sonata op. Postum which was included in the cello competition this year. What made you do this recording?

This was indeed a very beautiful coincidence and I even said in another inteview, with a bit of pride, so to say, or with joy, of course, that those who were practising for this year’s edition of the competition, could have come accross my album , while looking for a recording of this allegro in F minor, which is not to be found in another recording version. Therefore, so it is that whomever searched on iTunes for example, came accross my album their main impulse being certainly prompted by my prize in the ‘George Enescu’ International competition.

Let us go back to the competition a bit. Whether we are talking about the Enescu competition or any other one. As far as a performer is concerned, how does he manage the pressure of a competition of this range?

This is the  problem of competitions, and of course, so to say, we can also feel the nervousness or the pressure of a concert, but there is definitely a clear distinction, because we do not manage to detach ourselves from this aspect of being controlled or judged by a jury and think that even in a competition we must play for people, bring them joy, tell them a story and tell them something from our hearts, the same way we try to do this in any other concert.

Your agenda contains many events for the near future. What would you like to reveal to us about your future appearances?

I will fist remain in the discographic area. I am glad that next February my new album will be released by this music company, Hanssler Classic, which has also recorded my album with Enescu’s works. This next album will be a jazz one. It is indeed,  not only a personal premiere, but also  a cello one, because it has not been performed in this musical style so often. In January I will gladly record an album with the Munich Chamber Orchestra, this being the Chamber Orchestra in Munich, with a tradition of over 50-60 years, an orchestra with wordwide recognition; and as far as concert events are concerned, I am very happy with my debut at the Berlin Philarmonic, with the Deutsche Symphony Orchestra. In February I will play the Weinberg cello concert. This is another work which is not so frequently played, which is very dear to me and which I am glad to perform to the Berlin audience, together with this orchestra.