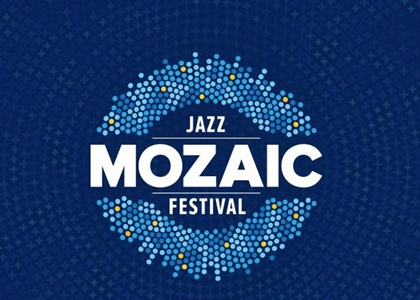 Thursday, 13 November 2014 , ora 9.03
A new festival - the Jazz Mosaic Festival has appeared in the cultural landscape of our country this year. Influential artists, but also young musicians of the genre will perform at the House of Culture in Sibiu, for three days, starting on Friday, 14th November, 2014. We are given further details about this event in an interview granted by the director of the Jazz Mosaic Festival, Silviu Scrob.

Sibiu is a city which has a tradition in jazz music. How do you think the Jazz Mosaic Festival will find its place in the city of Sibiu and the Romanian cultural landscape?

TheJazz Mosaic Festival will find its place in the jazz musical landscape of the city of Sibiu easily and that will not happen only due to the city's musical tradition, which was created in Sibiu, through the long-lasting International Jazz Festival and the Jazz & More Festival. I personally believe that the Jazz Mosaic Festivalis the festival which completes the musical jazz landscape in Sibiu and, maybe, in Romania, too, by bringing a fresh blast to a city where there was enough room for another jazz festival, especially for one dedicated to internationally acclaimed artists. We leave the public to decide that and we are expecting them to be a part of this first edition of the Jazz Mosaic Festival.

We are talking about three evenings of six concerts each. How was the selection of those who would go on the stage of the House of Culture in Sibiu, at this first edition, made?

The selection process was quite long. I think we worked on the programme for six months, time during which I attended several jazz festivals in Europe and not only; I have a team of collaborators to advise me when I think that one of the artists I suggest might be suitable to become part of the programme. There have been suggestions from agencies in Europe and around the world when they heard there would be a new jazz music festival. What with one thing and another, I had watched some of the artists live in concerts and I had long wanted them to perform in the festival, artists, such as: the Trilok Gurtu Band, whom I watched live last year, during the London Jazz Festival; the Tord Gustavsen Ensemble, whom I watched perform in London, at the Barbican Centre, in March; BaLaKo, whom I watched perform in Rotterdam. Nikoletta Szőke is an artist who was recommended by the Hungarian Jazz Federation, by Balas Baghi, who is one of the collaborators of the festival.

We, the Jazz Mosaic Festival's team, have entered a written partnership agreement with the Hungarian Jazz Federation, under which the latter promises to provide with an artist for each edition of the Mosaic Programme and that artist would have to be the most important and the most highly acclaimed on the Hungarian music stages at that moment. David Krakauer and Steve Coleman … I knew Steve Coleman, but I didn't know he resumed the project he had initiated in 1981, Steve Coleman and Five Elements. I was very glad to hear that he was about to start an European tour and the concert he was to perform in, on the stage of the Jazz Mosaic Festival, was going to be the first one in their list of concerts.

Can we tell us about the theme of this year's edition of the Jazz Mosaic Festival?

All I can tell is that I was very careful about selecting sonorous names for the festival, truly important names on the international stages of jazz music, who were to perform each evening;and by that I mean artists, such as, Trilok Gurtu, Steve Coleman and Tord Gustavsen;and, after inviting them, I was even more careful. Even if it was easy to pick the first three names, it took me longer to find those ensembles which were truly appreciated at the concerts of the first editions of the festival. This is how the programme was outlined.

What does the Jazz Mosaic Festival need in order to take the shape of a long-term project?

First of all, there needs to be a constancy in funding, which I think is possible to a city like Sibiu, given the fact that the Sibiu City Hall has kept its 2006 cultural agenda , especially after the "Sibiu - the European Capital of Culture" programme, and it funds a number of cultural projects every year. In addition to funding, we will have to see to what degree the public wants a new jazz festival in Sibiu. Even if we fight for funding, the public will be the one to decide if it accepts another jazz festival in the city of Sibiu's cultural landscape and not only there, because, largely, the public which participates to a jazz festival, comes from other cities too, not just Sibiu.

I invite all jazz music lovers, and not only them, but I also invite music lovers, in general, to participate in Jazz Mosaic Festival because I will personally take care that their encounter with jazz music is made in the most suitable framework in terms of environment, technical production and, why not, artistic content. We are expecting you to come to Sibiu, to the Jazz Mosaic Festival, which takes place at the House of Culture in Sibiu between 14th and 16th November.