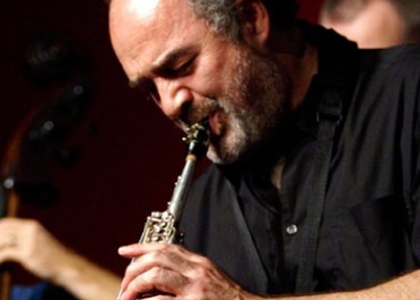 Thursday, 13 November 2014 , ora 9.11
The West German Broadcasting Company has announced the winners of the 2015 edition of the Jazz Competition. The Improvisation Contest was won by the Romanian saxophonist Nicolas Simion, a musician who has been living in Köln since 1998. Here is what he declared about having been awarded this prize.

First of all, congratulations, Nicolas Simion! How did you receive the news and how important is this award to you?

This is one of the most important awards in Jazz music in Germany. It is awarded annually for composition, improvisation and the best young Jazz musician. I sent three different CDs, first of which contained compositions and solos with improvisations, the second one contained a duet, which had been interpreted with the help of the "Classic Meets Jazz" Symphony Orchestra, and the third one, which has recently been released, Tarantella Facile, and which was recorded with the help of German and American musicians, for which the jury has decided to award me this prize. Actually, I didn't receive this award only for these CDs and for the music I composed in the last few years, but for the entire musical activity I have been having in Köln for the past fifteen years. The jury's decision was motivated by the fact that I compose Romanian folk music and, by that, I mean folk music from the Eastern Europe, the Balkans, especially Romania; my music is authentic, original - the improvisation, compositions, arrangements, everything sounds very original.

What does the prize consist of?

A concert will take place on 30th January, in Dortmund, at the Dortmund Concert Hall, alongside the WDR Big Band and my band, and I will be offered the 10.000 € award.

We are talking about the 11th edition of this Jazz competition, organized by the West German Broadcasting Company. What is the tradition of these prizes?

This award has been received by Markus Stockhausen, Florian Weber, one of my colleagues, Charlie Mariano received this award, as well and Sebastian Sternal, one of the pianists I collaborated with in order to record this album, has received it, too. The jury nominates the most creative and active musicians in the Jazz music landscape for these awards.

When will we be able to watch Nicolas Simion in a recital on the Romanian stages?

I am going to have a concert this Saturday, on 15th November, 2014, in Galați, at the Jazz and Blues Festival, alongside Sorin Romanescu and Ioan Minda, a Romanian drummer who established himself in Vienna, and I am also going to perform in a concert dedicated entirely to Johnny Răducanu's music at ArCub, in Bucharest, on 29th November; we are going to record his music to.