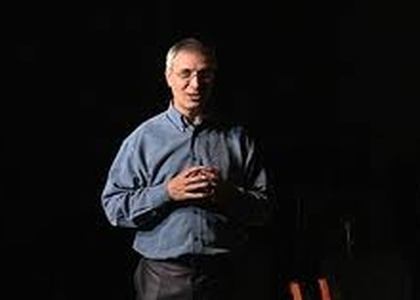 The National Culture Day is Celebrated at the Romanian Athenaeum

The Ministry of Culture and National Patrimony is organizing a concert to celebrate the National Culture Day, tomorrow, on 15th January, 2015. Further details on this event are given to us by Marin Cazacu, the manager of the "Romanian Youth" National Art Centre.

The "Romanian Youth" National Art Center is inviting the public to the concert dedicated to the National Culture Day on Thursday, 15th January, 2015. What are the ensembles which will go up on the stage of the Romanian Athenaeum and what did you prepare for the public?

On this year's National Culture Day, a very special project which the Ministry of Culture and National Patrimony proposes every year, on 15th January, the Romanian Youth National Art Centre was invited. We have two ensembles, which will participate in this very special concert; we are talking about the Preludiu Chamber Choir, conducted by Voicu Enăchescu and the Romanian Youth Orchestra, conducted by Cristian Mandeal. The programme they prepared for Thursday evening's concert, on 15th January, 2015, includes Romanian masterpieces and, of course, works from the universal repertoire, which will be prepared and presented to the public with the desire to include the Romanian culture in European music, as we consider it belongs to this great cultural and musical family.

We have two very special soloists, two young values of the Romanian interpretative art; I am talking about soprano Valentina Nafornița and violinist Ioana Cristina Goicea. There it is, a project which we want to take place every year, with fresh forces, with new repertoires, which can prove that the Romanian art has universal value and that it can represent the level of the Romanian culture with pride and project a commanding presence, of course.

During this musical event, the release of the album performed by the Romanian Youth Orchestra will take place, an album which is ranked third during the
'Vote for the Best Classical Album of 2014 campaign Radio Romania Music is running. What does this position mean to you? And I would like to ask you to talk about the whole process which gave birth to this album.

The album we are releasing on this occasion is a more special one; it is dedicated to the Romanian music repertoire and it includes famous Romanian works composed by George Enescu, Theodor Rogalski, Constantin Silvestri, Bela Bartok, Ion Dumitrescu and Grigoraș Dinicu. There are works which the orchestra interpreted during its concerts in Romania, but especially during its concerts abroad and by that I mean important festivals in Berlin, Rome, Paris, Strasbourg and Ravelo - Italy. There had been other recordings of these works but, given today's technology, Radio Romania Music left a very special print on the quality of these recordings. The recordings even won the first prize in an international recording competition in Belgrade, last year. It really is the first album, which the National Youth Orchestra, conducted by Cristian Mandeal, releases in the Romanian media environment. We are delighted that the Romanian public appreciates both the Romanian music and its interpretation by the Romanian Youth Orchestra, which, I believe, is an exceptional one.

Since it is a concert which brings together those who love good music and the high level of the young Romanian interpreters, the two bands, which will perform on the stage of the Romanian Athenaeum, invites you to participate in this exceptional concert, which will be a representative one for the Romanian culture. It is a concert which the Ministry of Culture and National Patrimony proposes every year. He hope that, from now on, we will be able to feel the works of Eminescu, Enescu and all others, who represent the Romanian culture in the World, closer to our souls, the souls of the Romanians.